Some purist would argue that this is really arros negre since it is not paella in a traditional sense. It is similar to a seafood paella in preparation but cuttlefish ink or squid ink is added to give it its black color. 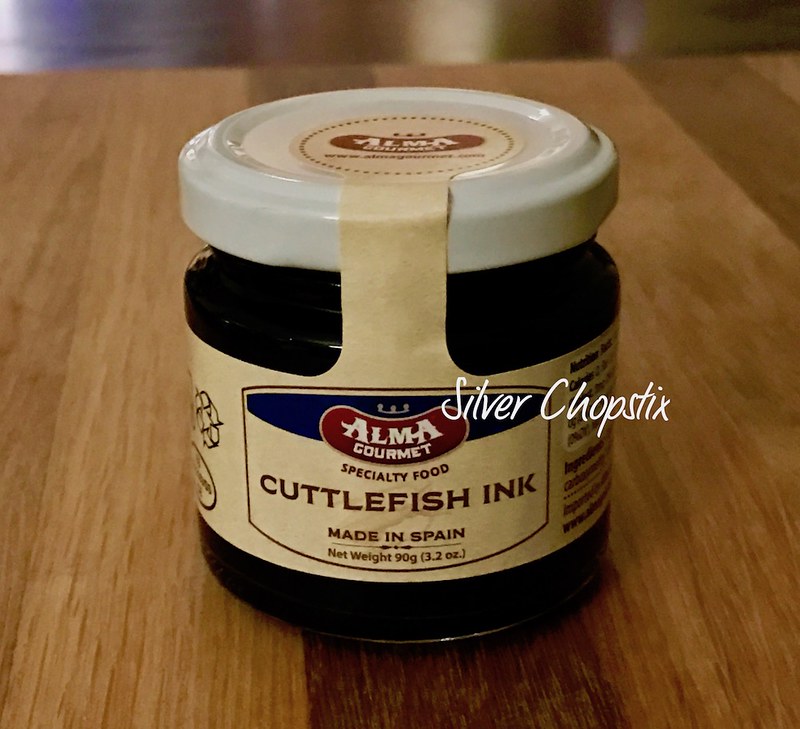 I have been making traditional paella for many years now but I was somewhat intimidated to make this. After getting my hands on a bottle of cuttlefish ink, I was challenged to finally make it this weekend for special send off dinner. I have compared several recipes online and this is what I came up with.

In a small saucepan pour 4 cups of chicken broth and add about 2 pinches of saffron. Let it simmer over low heat and set aside. Don’t allow it to boil. Keep warm. 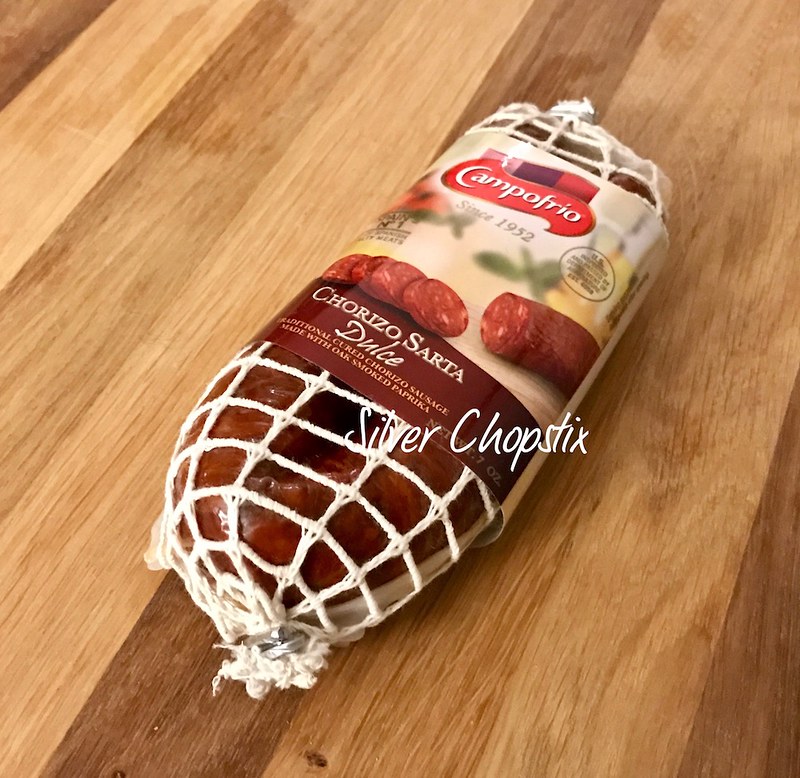 Get a paella pan and brown some slices of Spanish chorizo, when it becomes crisp around the edges remove and set aside (Note: paella negra does not have chorizo but I decided to add some in mine). In the same pan saute in olive oil 1 medium finely chopped onion and shallot and 2-3 cloves finely minced garlic. Cook until translucent. Then add 3-4 roma tomatoes (I cut the tomatoes in half and removed the seeds then let it pass through a box grater and discarded the skin) and 1 tsp pimenton which is smoked Spanish paprika (Note: pimenton is not the same as the sweet paprika or the hungarian paprika) Cook for 1-2 minutes. 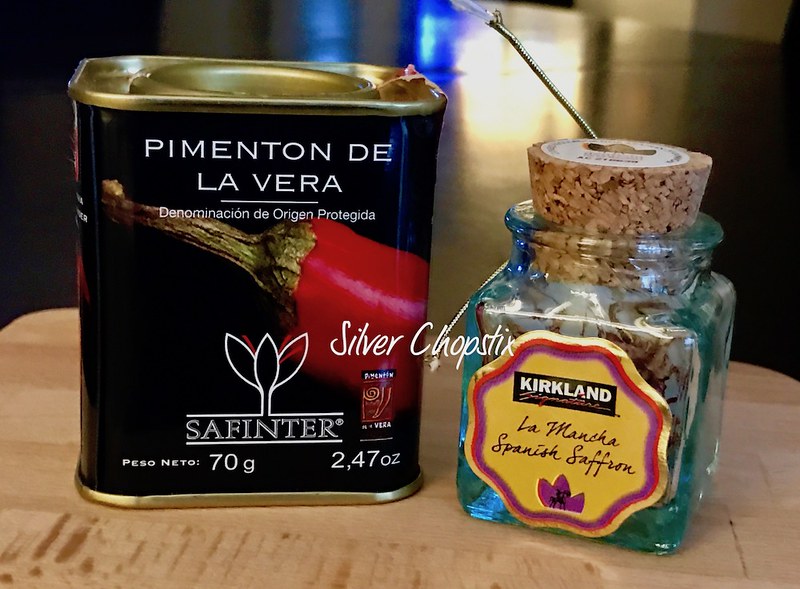 Add 2 cups bomba rice (I didn’t have any on hand I just used 1 cup jasmine and 1 cup sushi rice). Stir and let the rice get coated with the oil and the vegetables. Slowly add your 4 cups of chicken stock and give it a few stirs. Then add 2 tbsp of the cuttlefish ink. Continue stiring until everything turns homogenous in color. Add your chorizo at this point. Let it boil then cover and simmer over low heat. When rice is almost done you may add shrimps, mussels and sliced squid. Continue cooking until rice is done and all the liquid is absorbed.

Garnish with lemon wedges and sprinkle some parsley on top. Serve with garlic mayonnaise on the side. 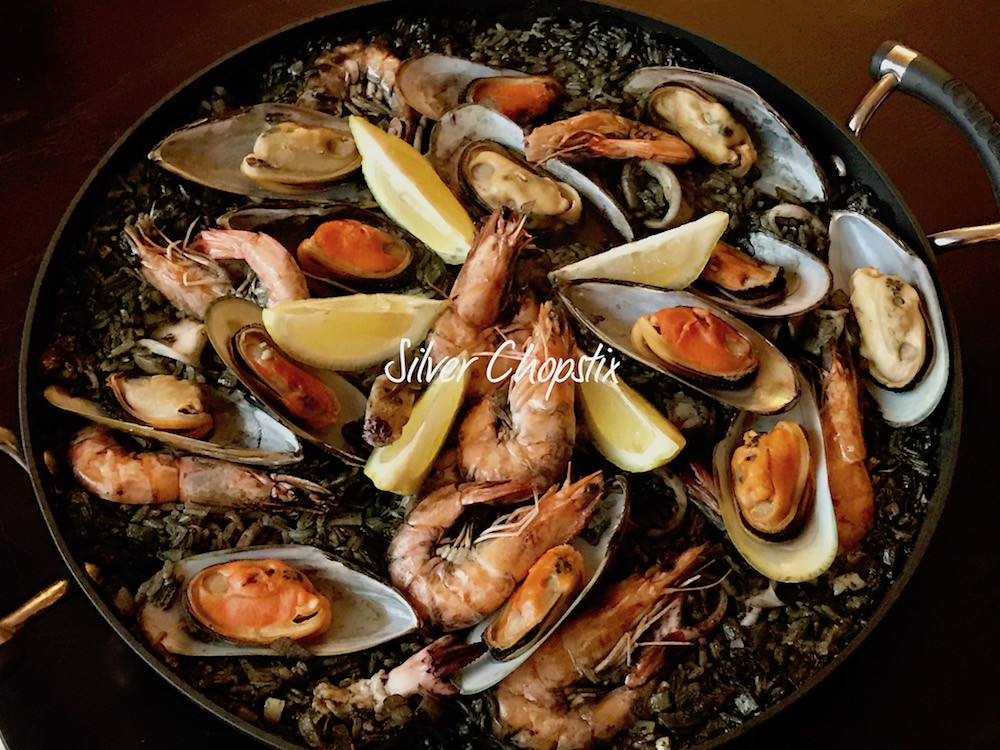 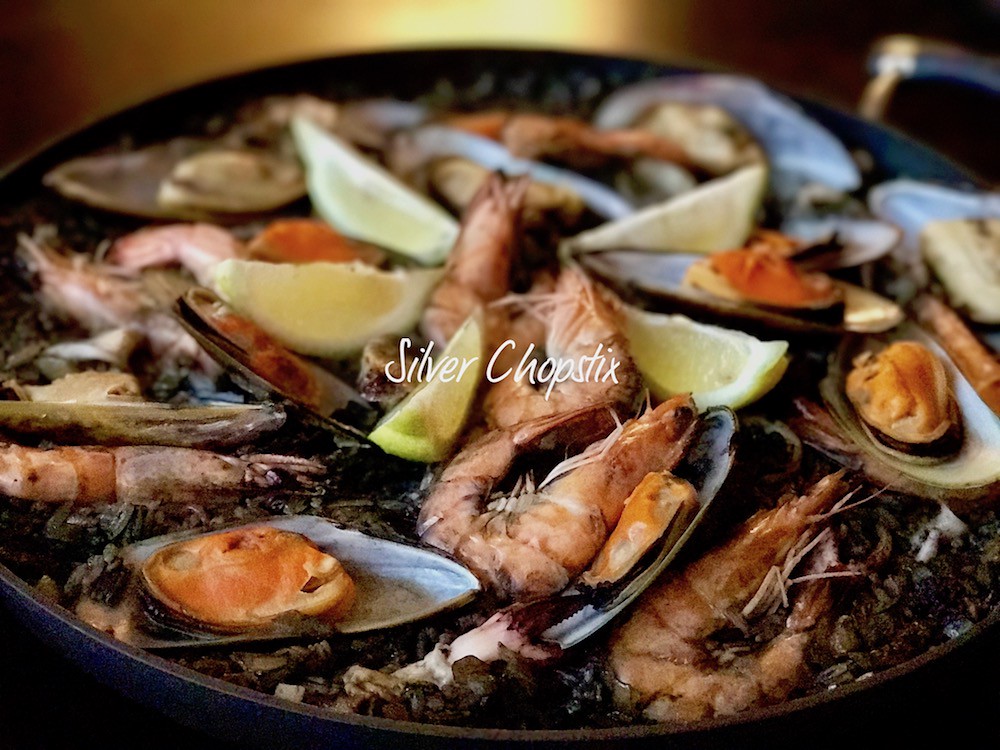 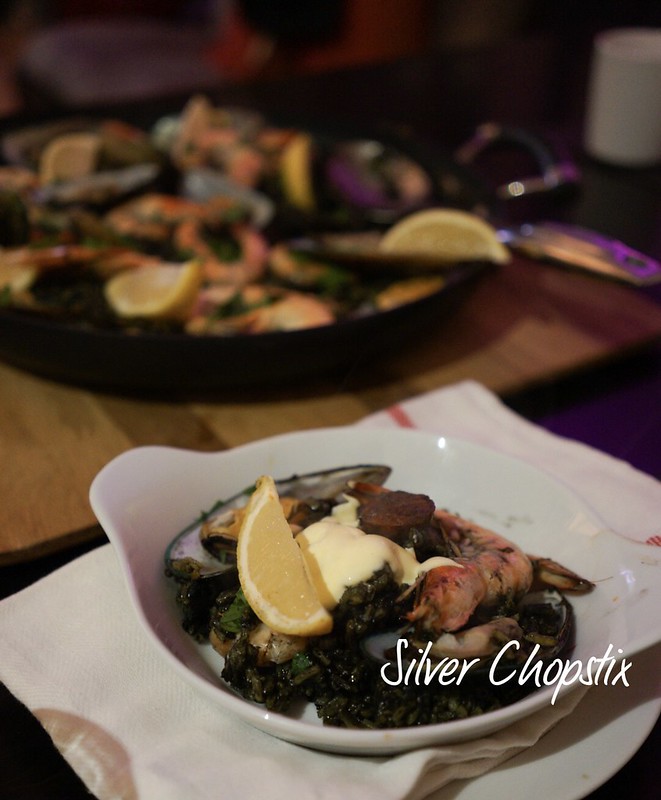