This dish is best described as a rice casserole topped with béchamel sauce and cheese then browned under a broiler. Story goes that this dish was invented by an Italian living in France. But wherever it originated it became widely popular in Japan. It is considered Yashoku or what you call modern Japanese cuisine or western influenced Japanese cooking.

I used this recipe to make this dish, the only difference I made is using frozen seafood mix instead of just plain shrimps. 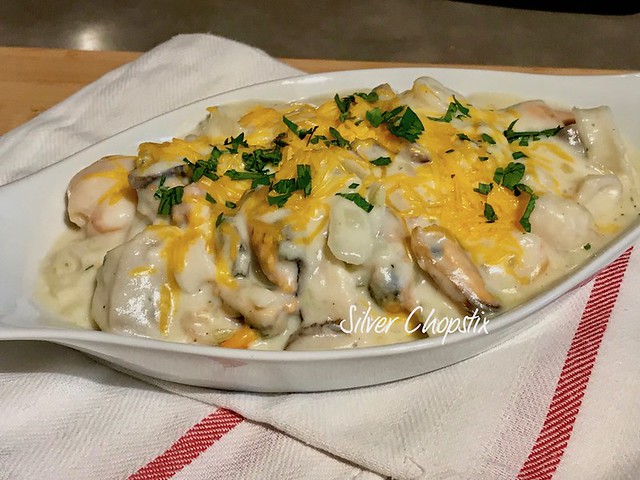 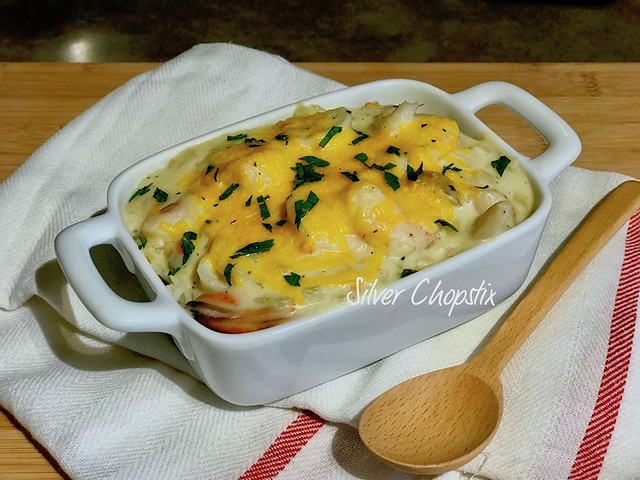 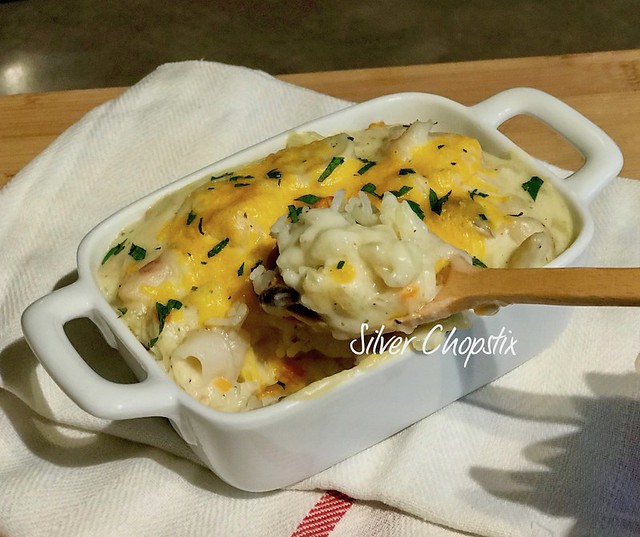 You can bake it in individual serving dishes or a casserole pan.