Our family usually eats out after church services on Sundays. On this particular day everyone agreed we wanted Asian food. We didn’t want to go to our regular place which is either Wonder Seafood or China Bowl both located on rt 27 in Edison. I suggested Shanghai Dumpling House, I spotted this place as we were on our way to New Brunswick for a date night. A quick look on yelp and trip advisor was enough to convince me food will be good. The restaurant opens at 11:30 am and we were there a few minutes before. I was surprised that there were already people waiting outside, that was a good sign. As soon as the doors opened, people started pouring in out of nowhere, which kind of took us all aback. The person at reception asked us if we have a number. Apparently, those people waiting outside already have number which guaranteed them a table. Fortunately, there was one table left unreserved so they were able to seat us right away. But after that there was a long wait already and it was only 11:40 am.

I already knew that the place specializes in soup dumplings, the waitress wanted to get our order in right away if we wanted one, since it will take a good 15-20 minutes to prepare. I got one order of the pork xiao long bao, they call it pork steam juicy buns there. For those who don’t know these are thin skinned dumpling that contain both soup and meat in them. We also got several noodle dishes like Aromatic Beef Noodle Soup and House Special Panfried Udon.

They will give you the house tea and dumpling sauce after you order. There is a special way of eating soup dumpling. Don’t ever ever place the whole thing right away in your mouth because it will seriously burn your tongue. Instead gently place it the spoon provided for you then carefully bite off the top or pierce it to release steam. Just make sure you don’t lose all the broth inside then carefully sip the broth from inside dumpling. To eat, add some of the black vinegar dipping sauce and add some of the ginger slivers with it and eat it using the spoon. 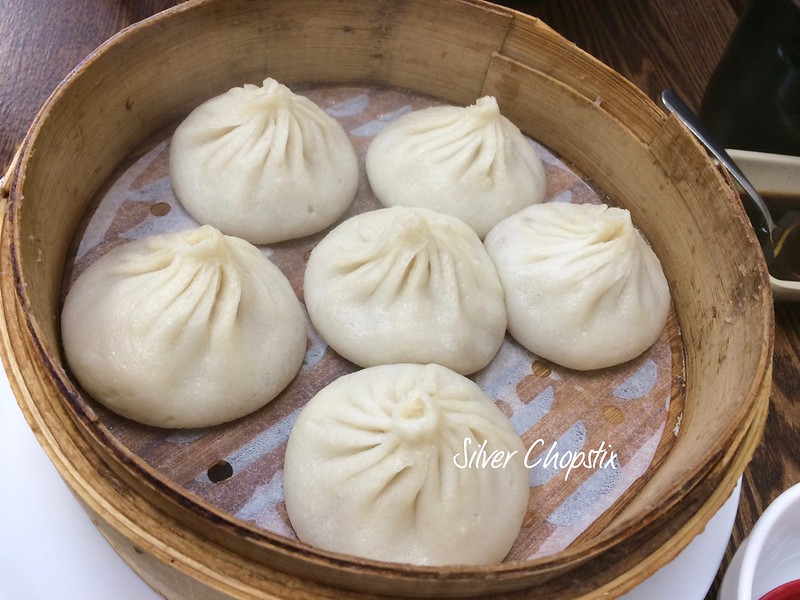 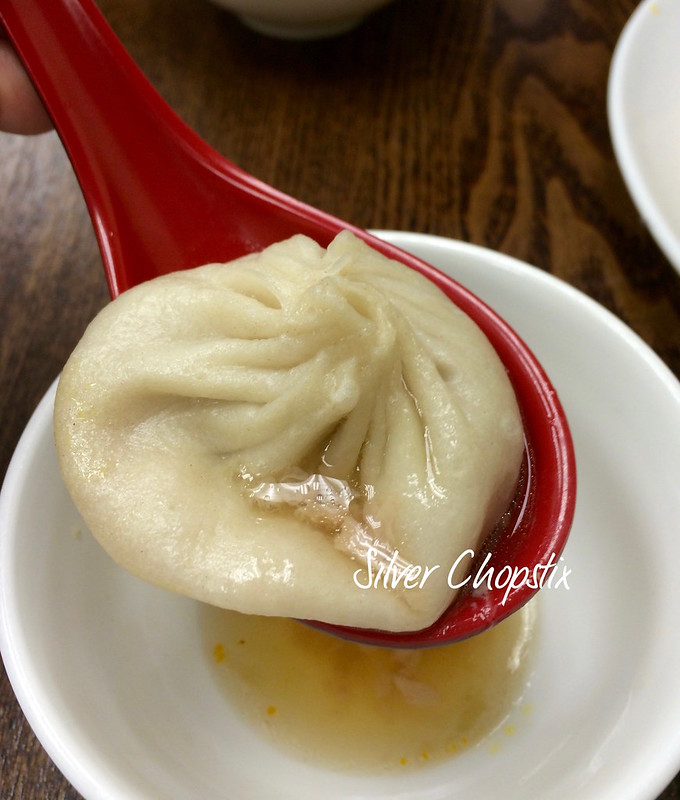 We also got the Vegetable Steam Dumpling which was excellent both in taste and texture. The panfried udon kind of reminded of the taste of Singaporean Char Kuey Teow. Very flavorful and saucy. The Beef noodle soup was really aromatic and bold in flavor with a hint of spiciness. 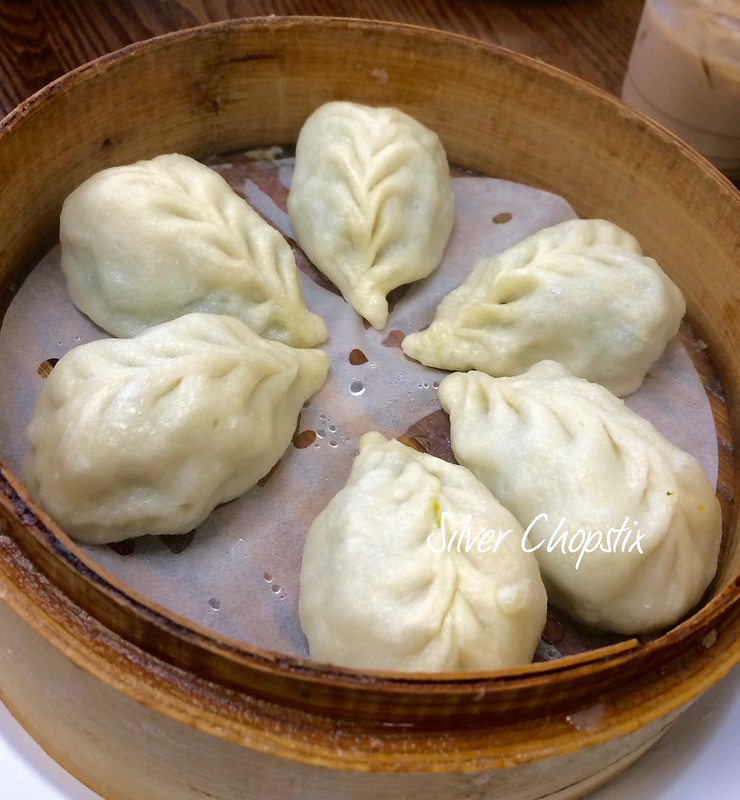 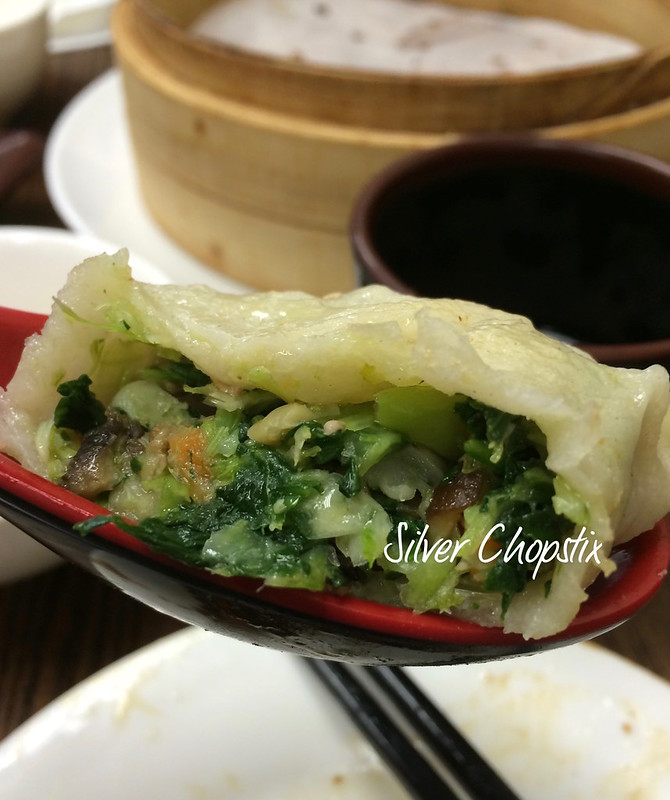 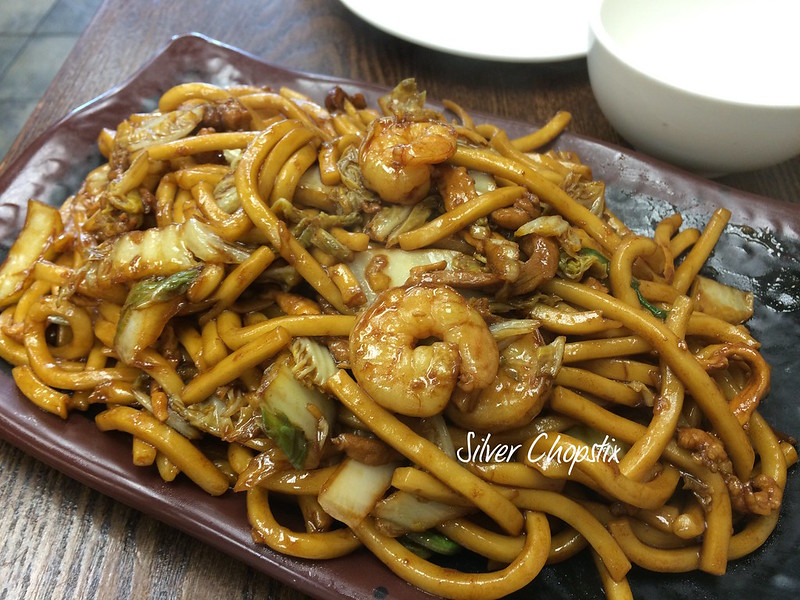 Last but not least they also make very good bubble tea and one of the best Bubble Milk Black tea I ever had.

We will be back.