Posted by SilverChopstix in Bento

Spam musubi is a popular food item in Hawaii. It is made up of a slice spam sandwiched in between or on top of rice then wrapped in nori (dried seaweed). It is a portable food so you can eat it on the go. Musubi or what is commonly known as onigiri is rice that is shaped into a ball or triangle then wrapped in nori and usually filled with some kind of meat.

As a backgrounder, Hawaii is the largest consumer of Spam in the the United States. Spam became popular in Hawaii after the second world war because of the large military presence in the island (source wikipedia). As we know spam is a staple food of troops during the war. Likewise, it is a popular breakfast meat in Asia and parts of the pacific like Korea, Philippines, Guam and Hong Kong etc for the same reason. With the US military presence in this region during WWII and food being scarce at that time, Spam eventually trickled down to the locals and became part of their diet. In this part of the world spam is not something you turn your nose up to nor considered a poor man’s diet.

To make spam musubi you will need a can of spam, steamed white rice and nori. You can just buy the terriyaki flavored spam to skip making the sauce in traditional spam musubi. For this totoro musubi I just added cheese as an ingredient for decoration. 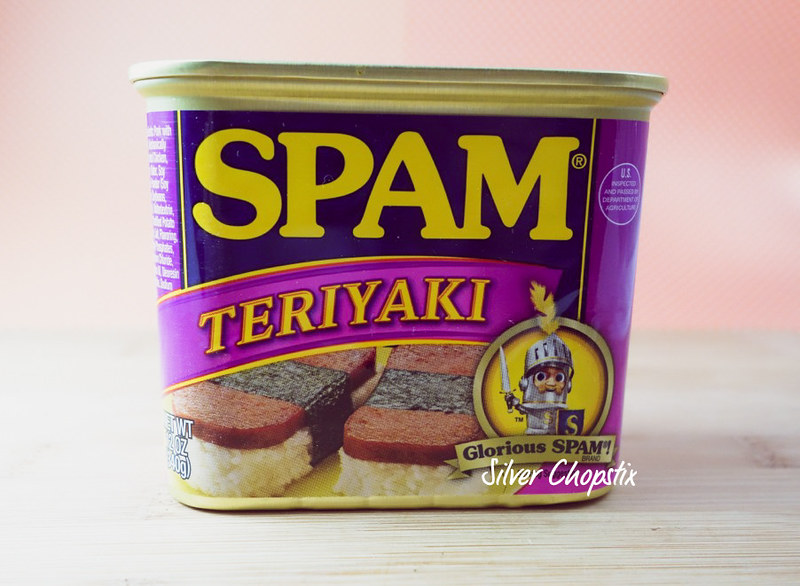 To make remove spam from can and slice. Cut a piece of spam into the shape or figure of Totoro. I made a template for this. Fry spam until browned on both sides and set aside. Mold your rice using the can of spam, make sure to wash and rinse it first. (Note: You can also buy a spam musubi mold/press online). Unmold and place the spam totoro on top of rice. Decorate the face and body using white cheese and nori. 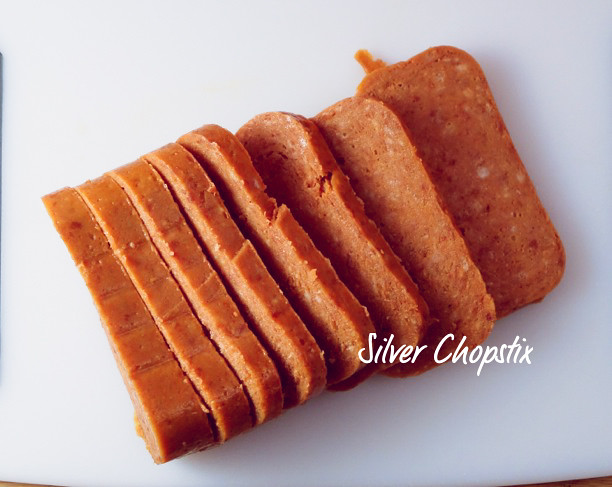 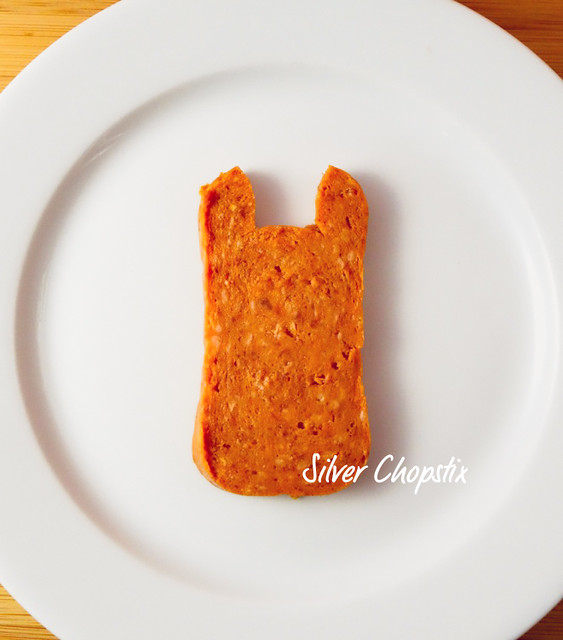 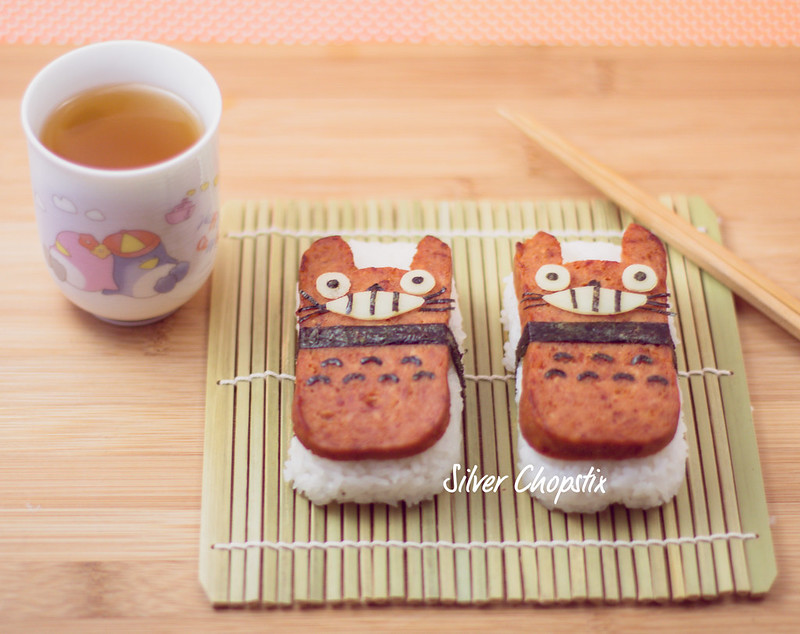 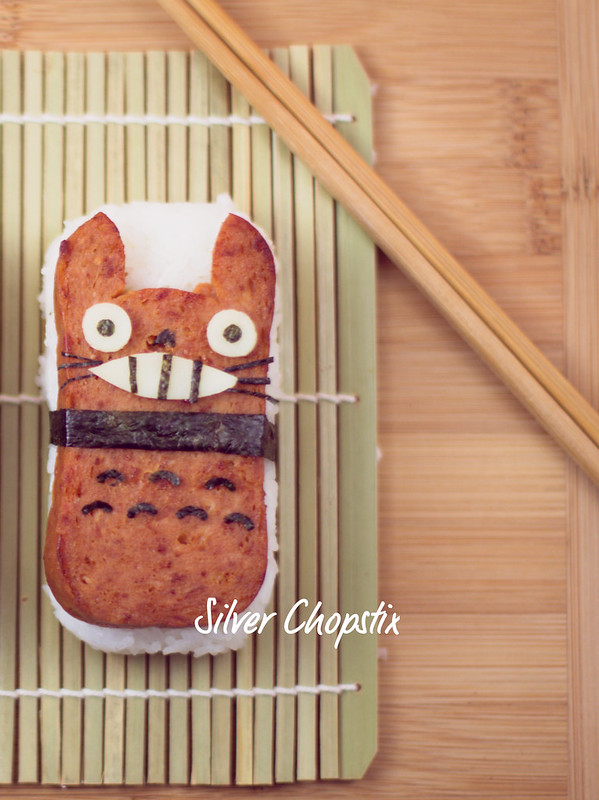 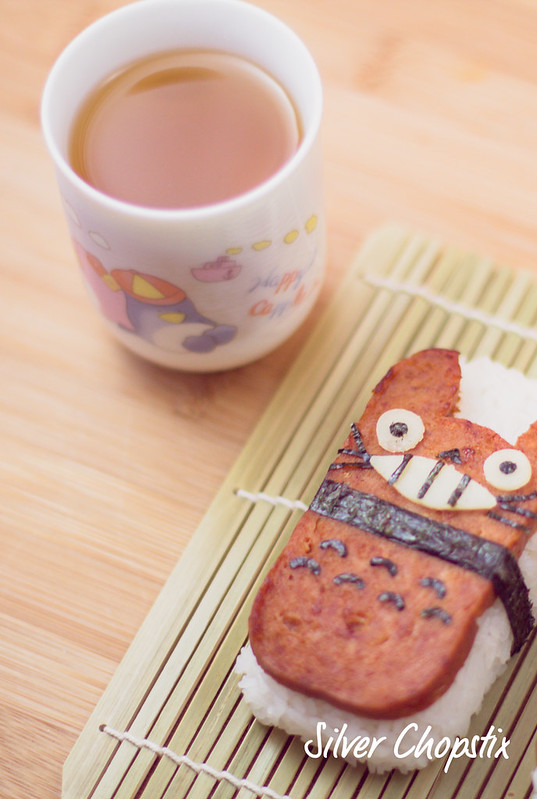 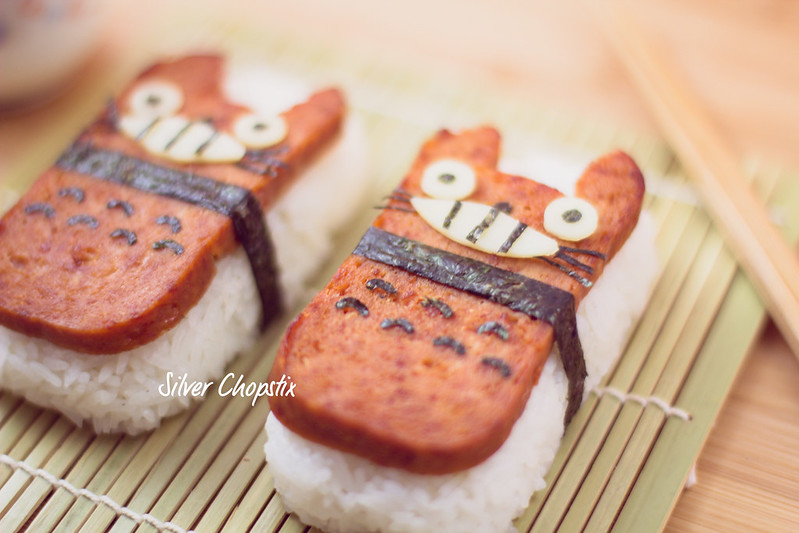 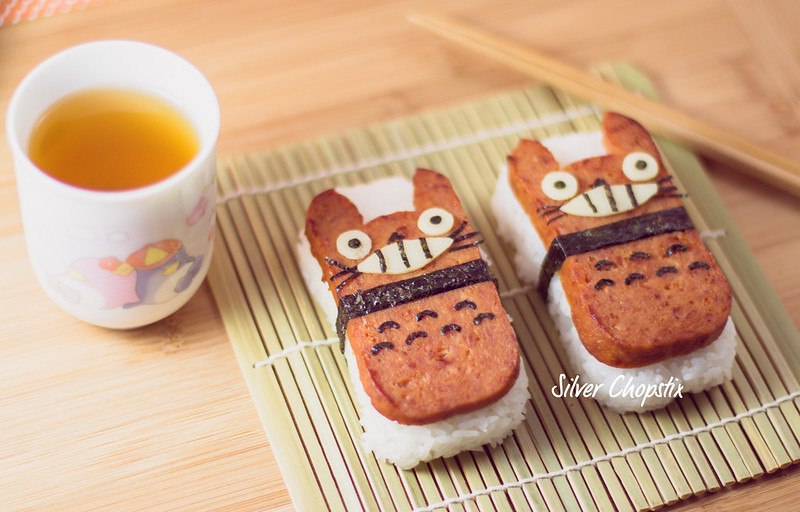