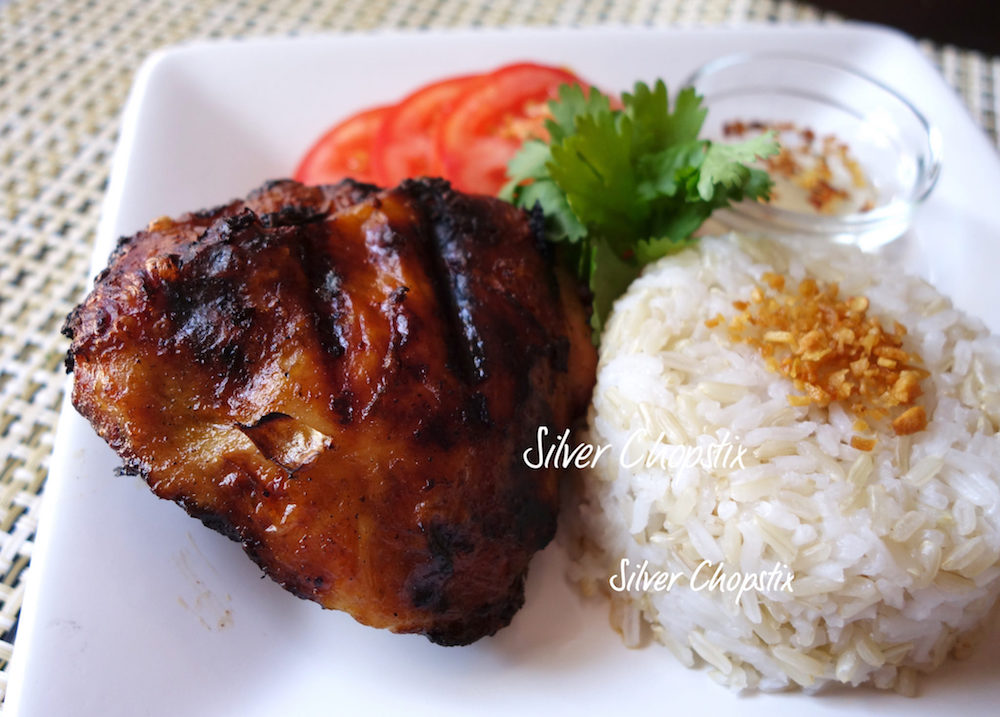 Inasal means to roast in the Visayan dialect of the Philippines. It is also derived from the Spanish word asar meaning to grill. Chicken inasal was popularized in Bacolod city the capital of Negros Occidental located in the central part of the country. What differentiates it from other barbecued meats is the use cane or coconut vinegar in the marinade and annatto oil giving it the orange hue its known for.

We were first introduced to this dish in 2006 when we visited Manila and ate at the chain restaurant Bacolod Chicken Inasal. I believe we ate there three times during our stay. Upon our return to the Northeast I searched the web for recipes of chicken inasal and tried recreate this dish. This is I what came up with. I’ve been making this every Summer which is grill season for us.

First, make the annatto oil by placing in a saucepan the following 1/2 cup vegetable oil, 2 tbsp. annatto seeds, a clove of garlic and a bay leaf. Place this over medium heat and wait until the oil changes to a deep orange color. Strain the oil and set aside to cool.

Prepare your marinade by combining the following in a bowl : 5 garlic cloves minced, thumb sized ginger cut into slivers, 2 lemongrass stalks smashed and sliced into 1 inch lengths, 1/4 cup brown sugar, 1/2 cup cane or coconut vinegar, 1 tbsp. kosher salt and 1tsp. ground pepper. Place 2 lbs. chicken thighs (rinsed and patted dry) in a freezer bag and pour in your marinade plus 4 tbsp of the annatto oil that you prepared. Place this in the refrigerator and allow to marinate overnight.

Take the chicken out of the refrigerator and prepare your grill. Once it’s ready grill your chicken skin side up for 20 minutes under indirect heat. Then baste it with your annatto oil and turn over and grill for another 15 minutes. Baste again before it’s done to make sure you get the deep orange color.

Serve your chicken with steamed white rice and a dipping sauce of white vinegar and chili flakes. 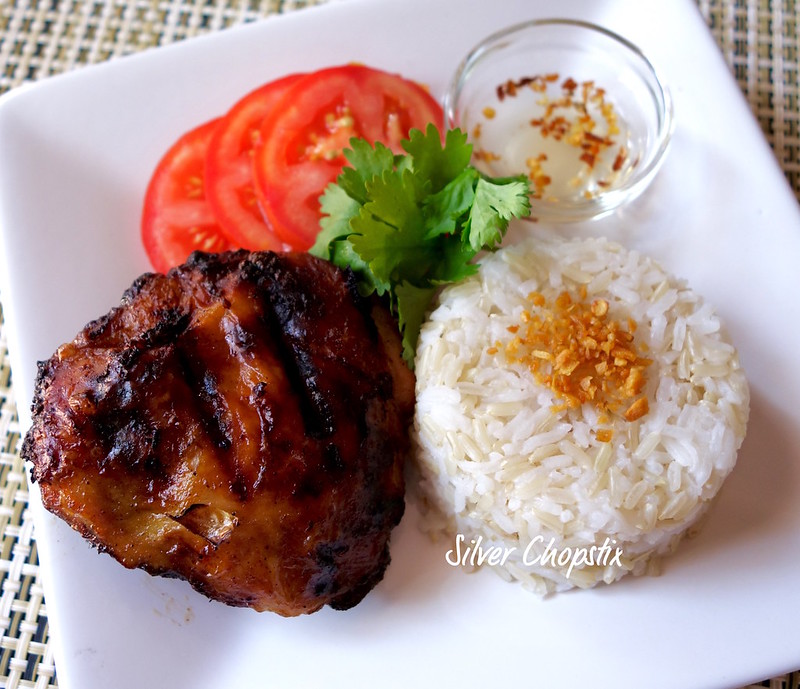 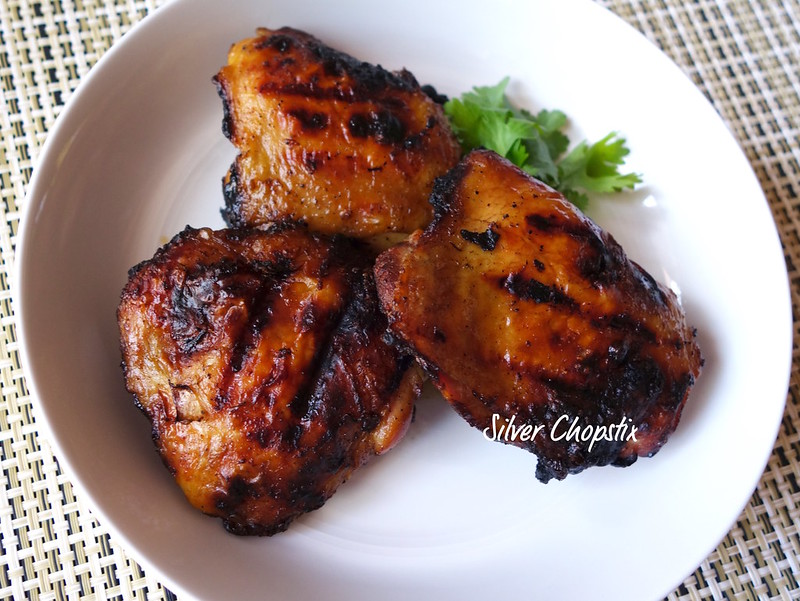 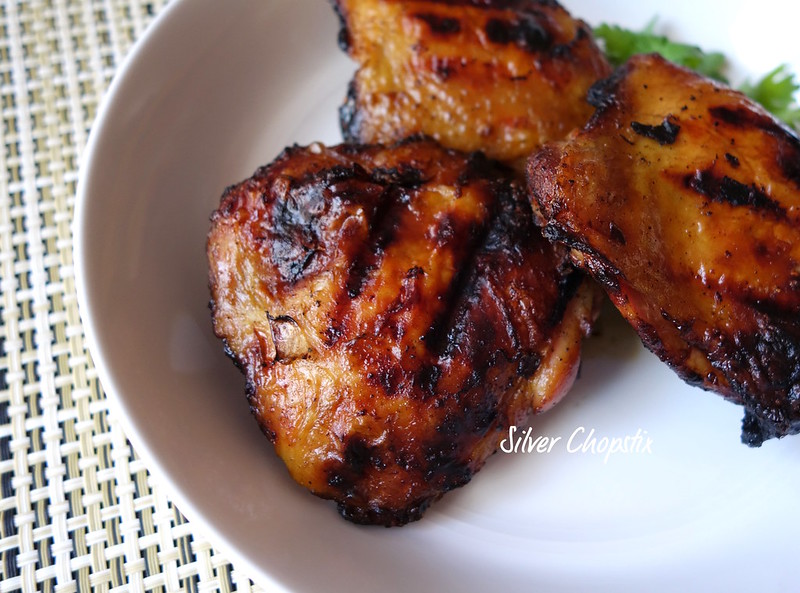