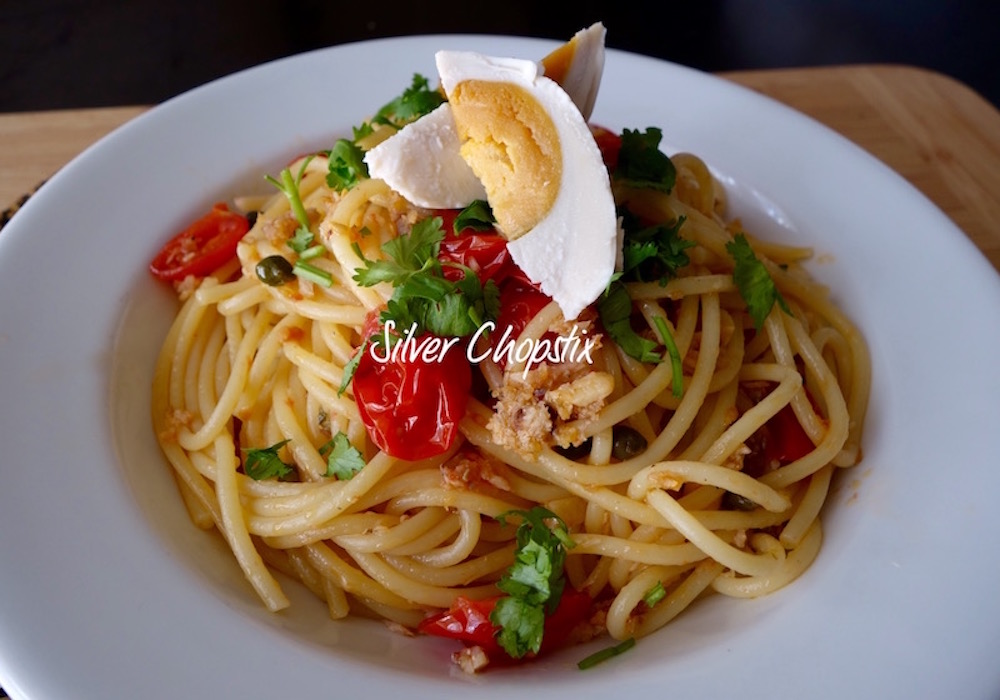 I was really dead set on making fried rice tinapa (Filipino smoked fish) after seeing this photo, but after getting all the ingredients I began to have second thoughts. It may not appeal to my girls and I was a bit concerned about the sodium content of the dish. This got my creative juices flowing and suddenly had this idea of making a pasta dish instead. I just listed ingredients that would go well with tinapa keeping in mind that is has to be Filipino inspired. 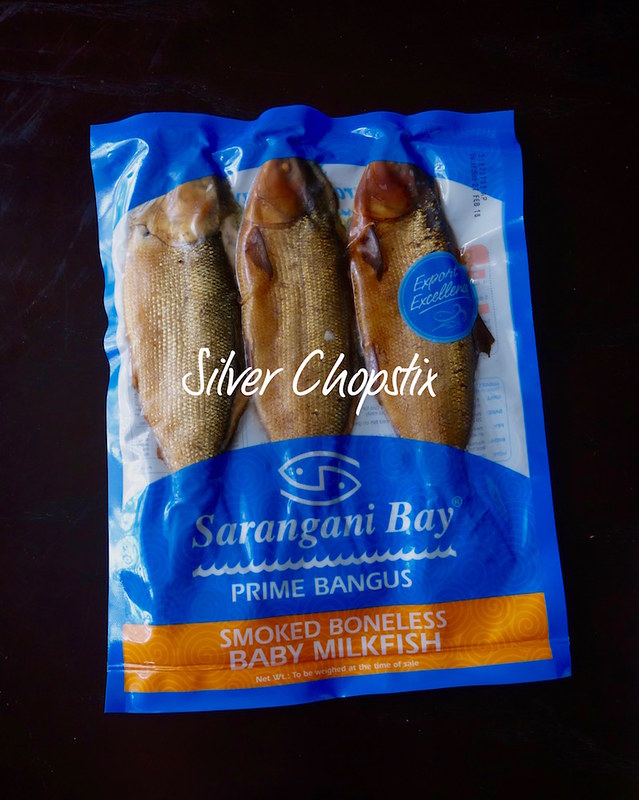 This is what I came up with. To make, cook your spaghetti according to package directions. While your pasta is cooking, finely mince 3-4 cloves of garlic, cut into half a cup of cherry tomatoes and roughly chop a bunch of cilantro. Then take a small piece of tinapa and flake the meat with your hands. Discard the skin.

Then heat a pan and add 1/4 cup olive oil. Add your garlic and cook until fragrant, careful not to burn it. Then add you flaked tinapa and cook for about 1-2 minutes until lightly browned. Place your tomatoes and 2 tbsp. capers and cook just until the tomatoes are warmed, you do not want the tomatoes to become mushy. Add your cooked pasta and gently toss with tongs until everything is combined. Add the juice of 1 lime and mix again. Serve in bowls and top with some chopped cilantro and a few pieces of sliced salted duck egg. 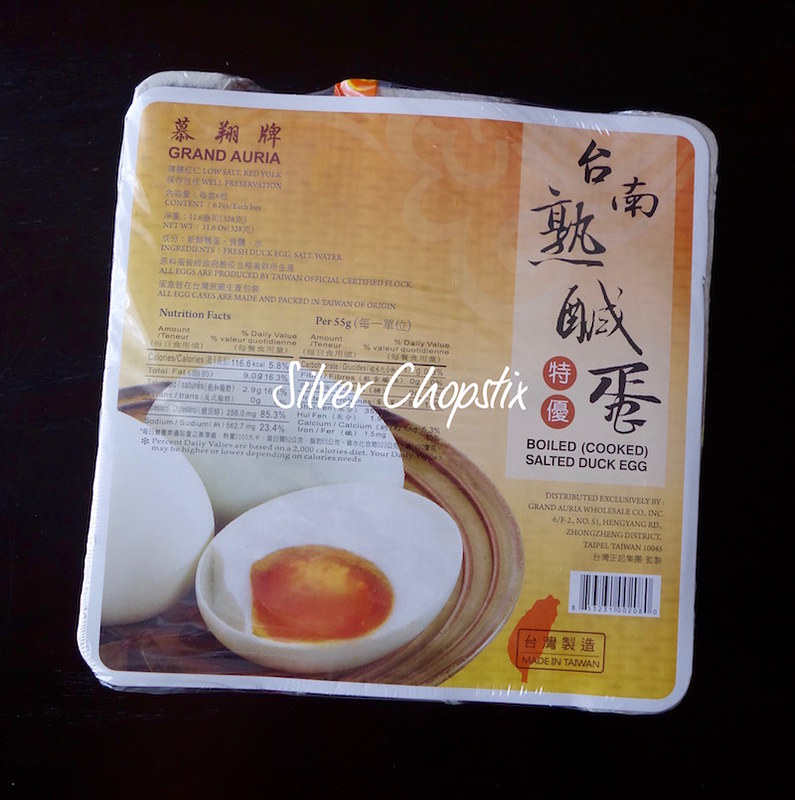 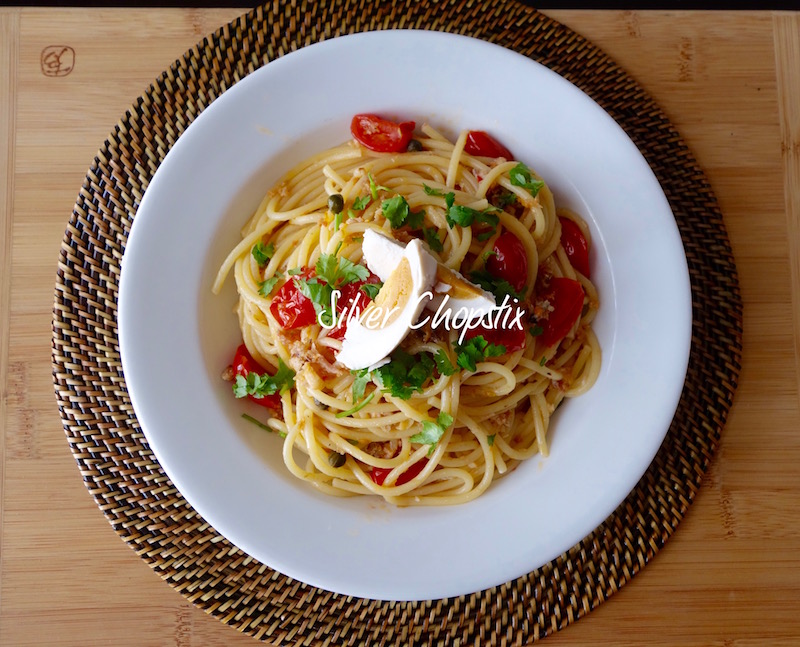 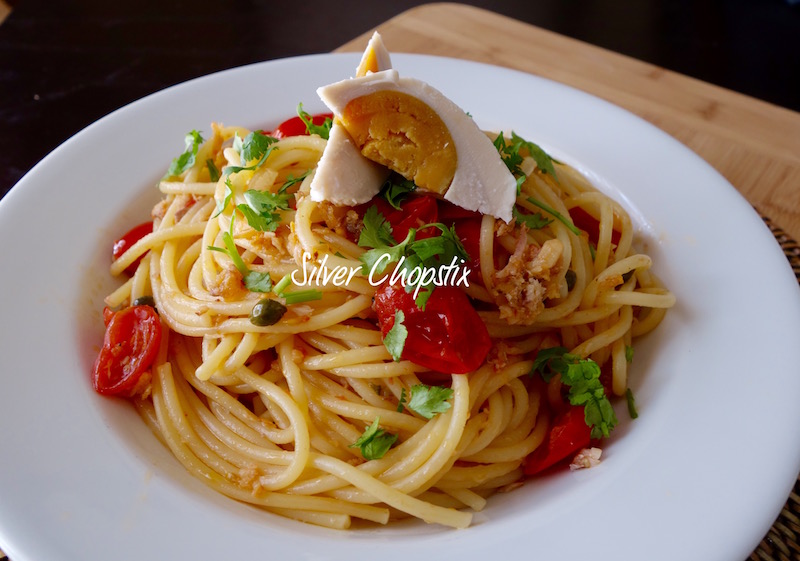 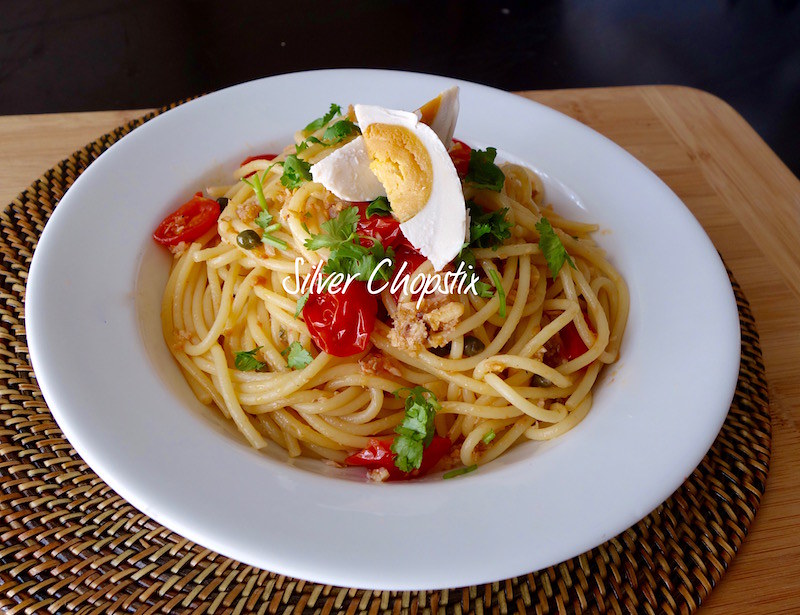