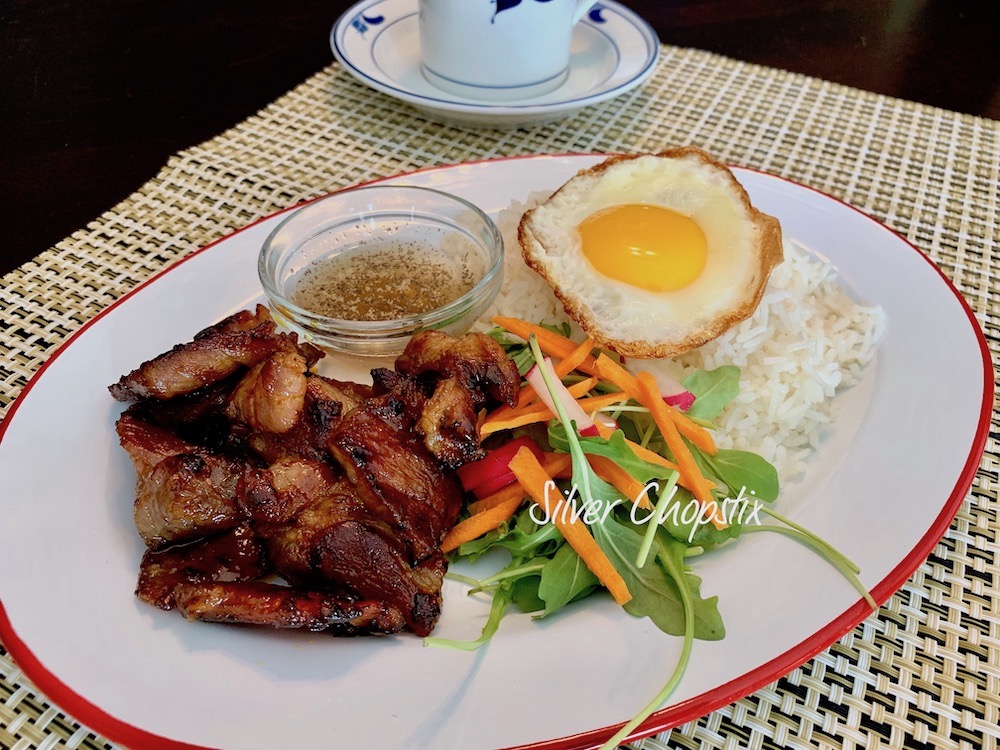 This has unintentionally become a breakfast series. I first started with a beef tapa recipe. It’s a meat dish that has become a Filipino breakfast staple because of the popularity of Tapsilog a coined term for Tapa, Sinangag (garlic fried rice) and itlog (fried egg). This then led to the many silog combinations such as Longsilog where long stands for longanisa (Filipino sausage); Tocilog – Toci is Tocino (a sweet savory cured meat usually made of pork); and spamsilog for spam the canned meat.

I made two versions of Tocino the first one only uses salt and sugar, while the other has pineapple juice as its sweetener. 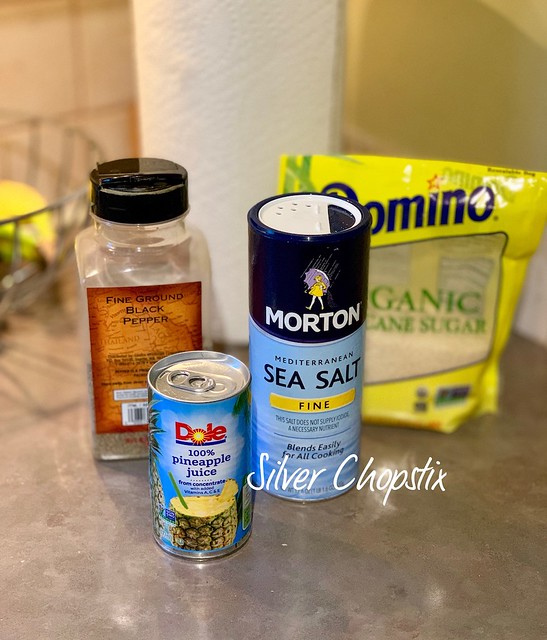 For the first recipe. I used about a pound of pork butt that has been sliced thinly. Then I seasoned both sides of the meat with a combination of 3 Tbsp. kosher salt and 4-6 Tbsp. sugar. The proportion is that there should be more sugar than salt. Place in sealed plastic container and refrigerate for up to three days to cure. 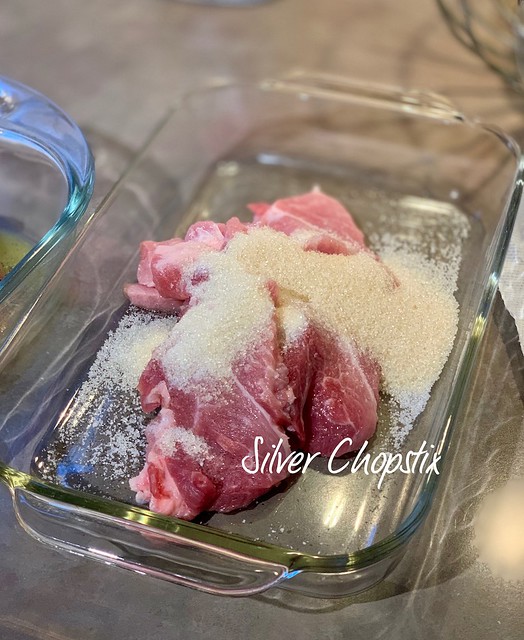 The second recipe, I used about 1.2 lbs of thinly sliced pork butt. This is then marinated in the following: 2 Tbs kosher salt, 1/4 cup sugar, 1/2 cup pineapple juice and 1 tsp pepper. You will note that I didn’t add any garlic as most recipes found online calls for. I find this unnecessary because typical tocino shouldn’t taste garlicky. Again place in a sealed plastic container and let cure in the fridge for around 3 days. 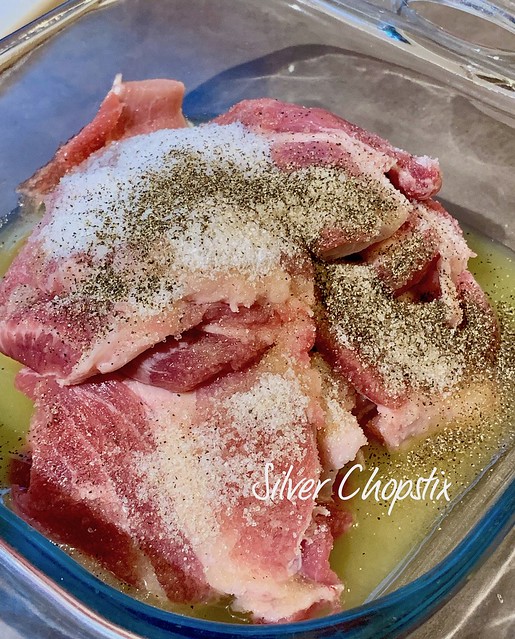 Traditional tocino is reddish in color because of the addition of prague powder or curing salt. To add color to my tocino I used annatto oil to fry my meat. When frying make sure to use medium to low heat as the meat readily burns because of the sugar content of the marinade. Cook until browned and not burnt on both sides. 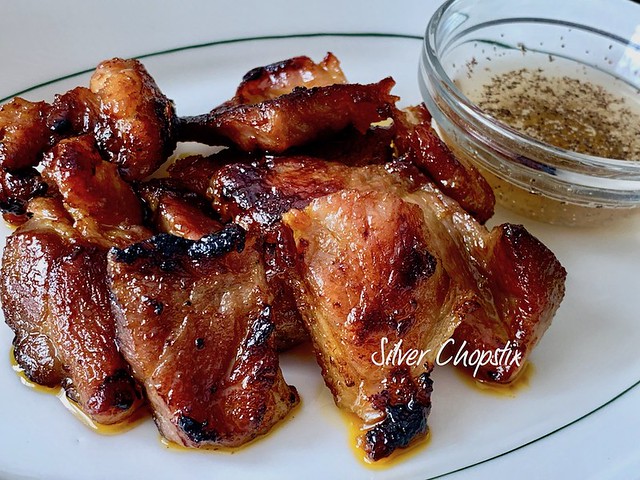 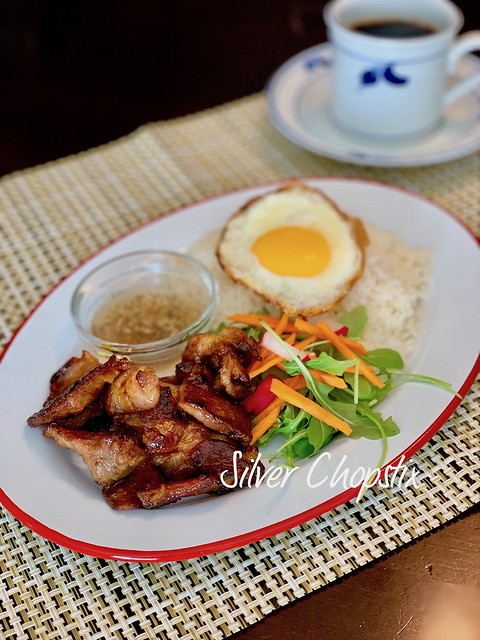 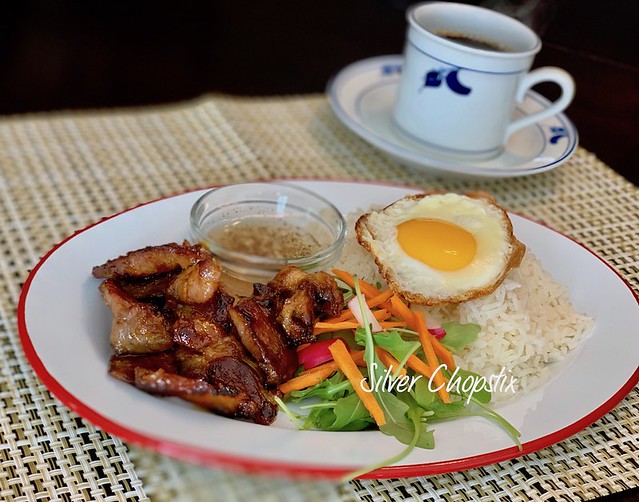