It’s been challenging to plan dinner menus lately. It feels like I have made all the dishes I can think of since the pandemic started. So I constantly try to look for new and inspiring dishes to serve my family.

Japanese Korokke is one thing I haven’t attempted to make. We have had these several times in Japanese restaurants in New York City as an appetizer not as a main course. In Japan this is mostly considered as snack since it’s sold in convenience stores and supermarkets.

To make, peel and cut into big chunks 4-5 medium sized potatoes. Place in a pot and add enough water, let boil and cover and cook until potatoes are fork tender. Drain and place back into pot and mash until smooth.

While your potatoes are cooking, get a pan and saute in a little olive oil a medium sized onion finely chopped. Cook until translucent, then add 1 lb ground beef. Cook until meat is well browned, season to taste with salt and pepper. Drain excess fat before adding it to your mashed potato.

When your meat and potato mixture is cool enough to handle form into oval or round patties.

Then prepare a light batter by mixing 1 egg, 4 Tbsp. flour, 3 Tbsp. water and 1 Tbsp. mayonnaise. Mix until smooth. Dip your potato patties into this mixture before rolling into panko bread crumbs. Place your korrokke patties in a parchment lined tray and place in refrigerator for about 15-30 minutes. I did this to set the panko so it won’t fall off while frying.

Meanwhile, heat enough oil in pan until it reaches a temperature of about 320F. Fry your korokke until brown and crisp on all sides. This will only take a couple of minutes so make sure to keep watch. Drain in paper towels and serve with finely shredded cabbage or green salad. I made a dipping sauce of 1 part ketchup and 1 part mayo with a teaspoon of sweet relish. You can also use bulldog sauce (the Japanese Tonkatsu sauce). 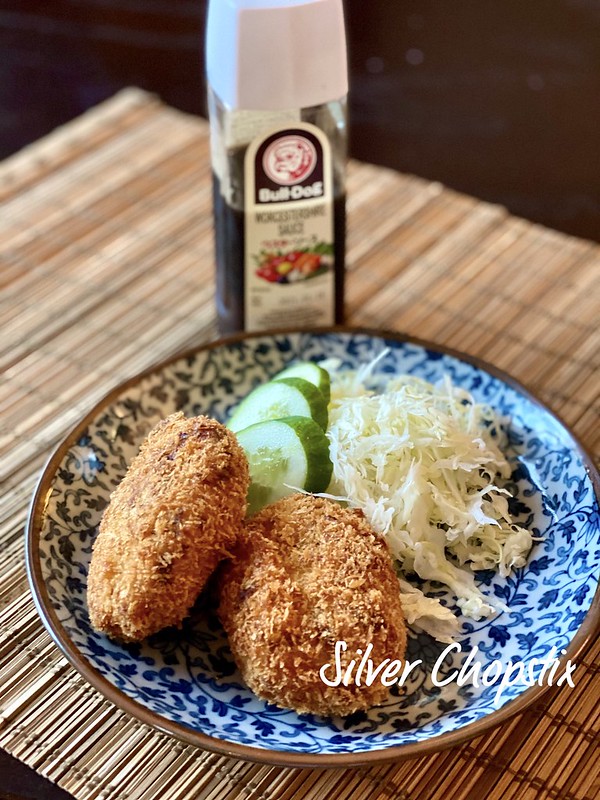 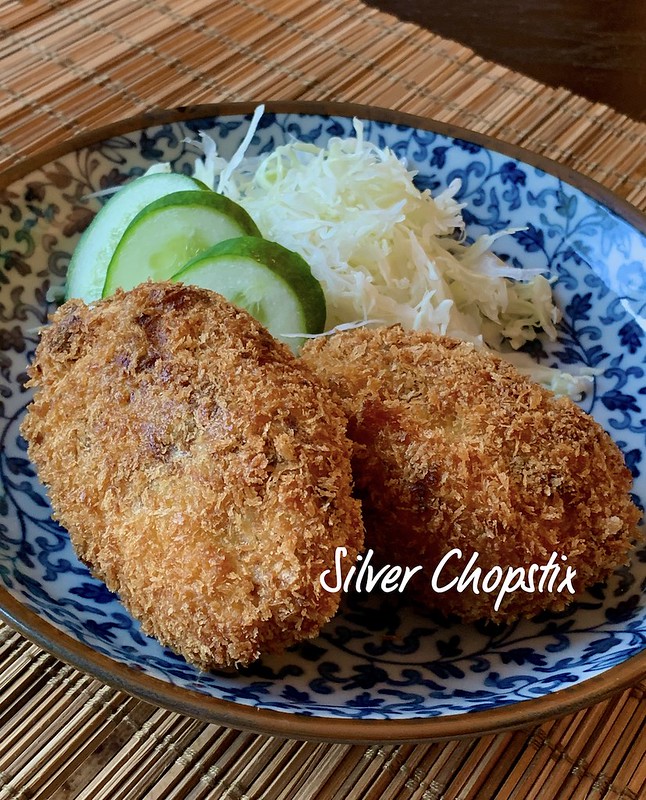 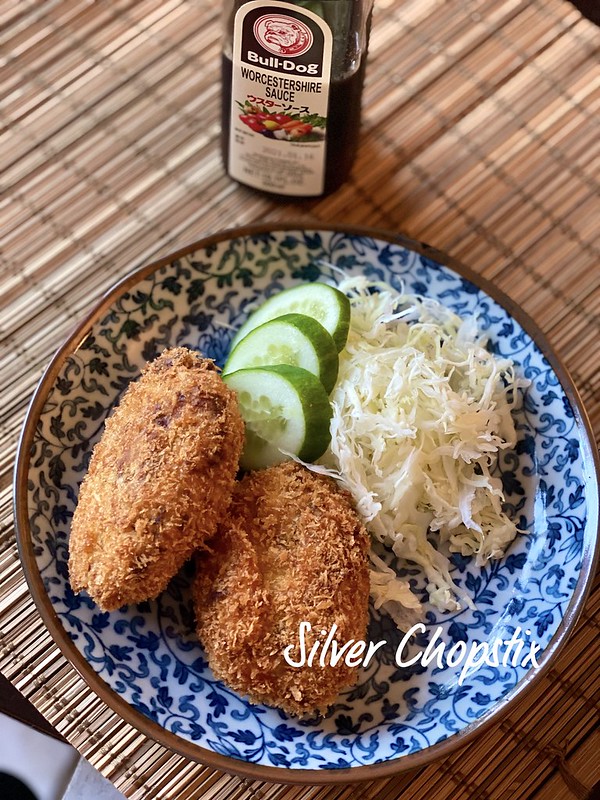 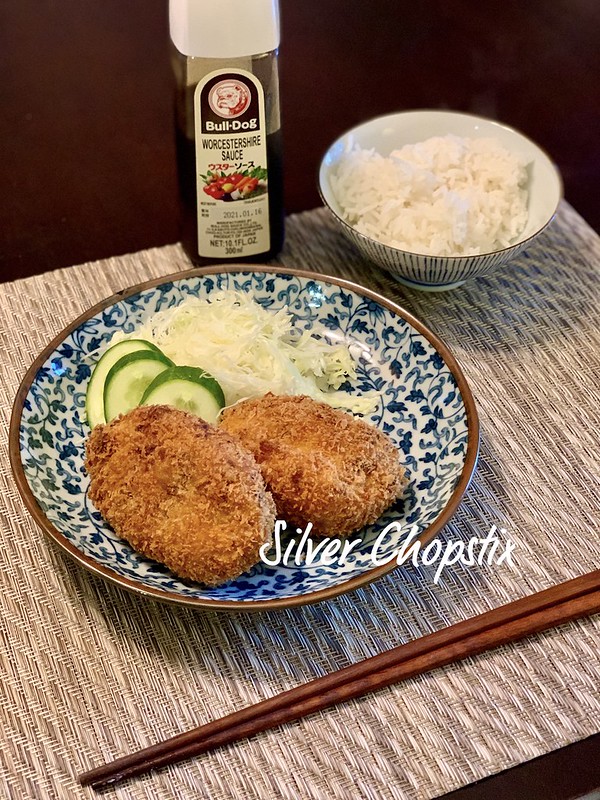