Magnolia Bakery in Bonifacio Global City opened last August 2018. We’ve walked by it’s location several times while they were still fixing the place up Summer of 2018. When I was back in Manila September 2019, I passed by it and went in to satisfy my curiosity. I wasn’t really planning to grab something there since I have been to Magnolia Bakery in NYC a dozen times being from the East Coast. But at it’s entrance is a big poster showing their Manila exclusive Banana Choc Nut Flavor pudding. Who can resist that right ?! So we decided to get dessert there after dinner. My nephews promising it’s going to be their treat. 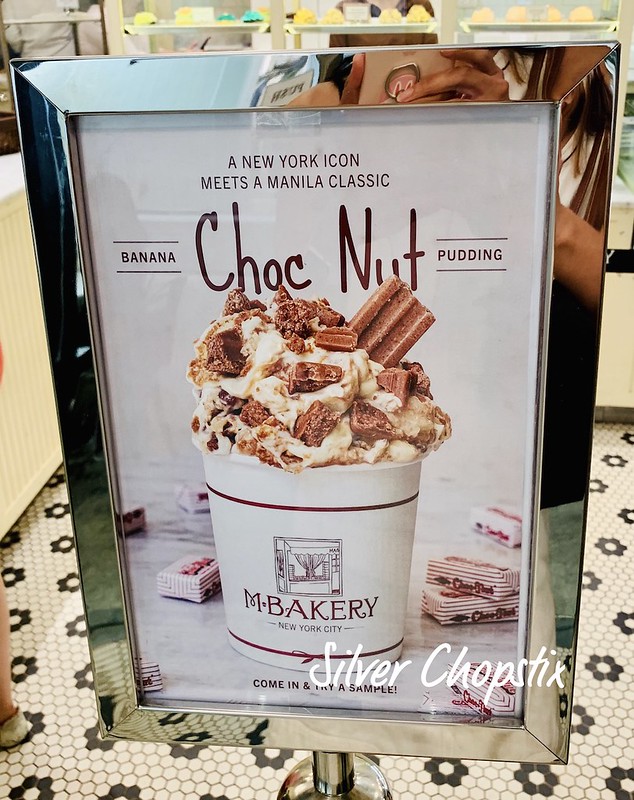 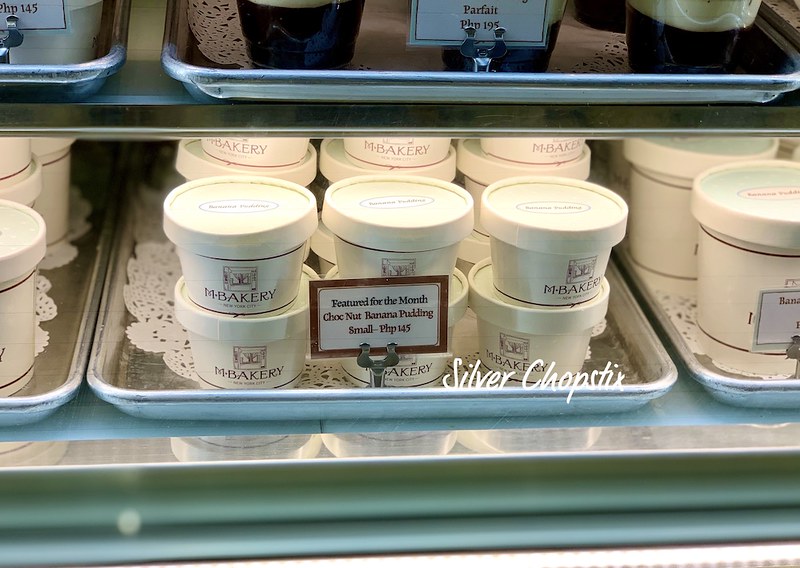 While in line I saw that they also have their own version of ube cake, a Manila exclusive made with homemade halaya and ube meringue buttercream sprinkled with toasted coconut flakes and ube cupcake. That really convinced me that we made the right decision. 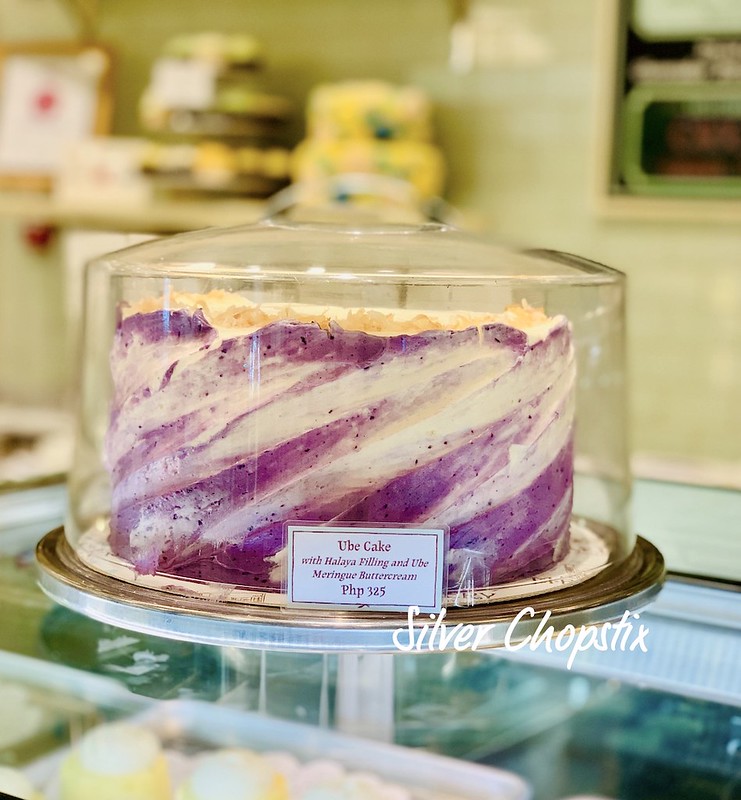 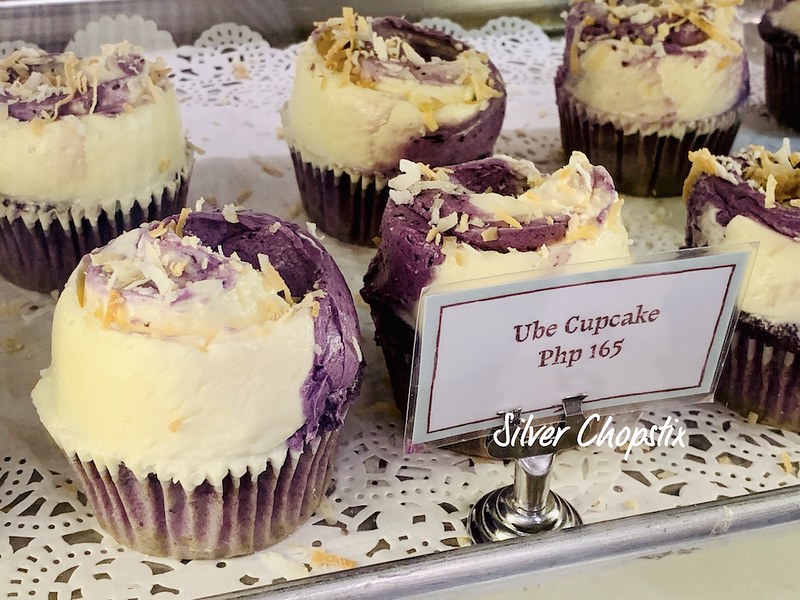 I got both the ube cupcake and banana choc nut pudding. For those unfamiliar, Choc Nut is an iconic Filipino peanut chocolate treat which became popular in the 70’s. The best way to describe it is think Reeses’s peanut butter cup without the chocolate coating. Though Choc Nut is more crumbly in texture than Reeses’s.

The Banana Choc Nut pudding was great though the Choc Nut flavor was quite faint and didn’t really come out. I love the Ube cupcake since it was moist and the flavor of ube stood out. I would have gotten the slice of Ube cake too, if I wasn’t too full from dinner. 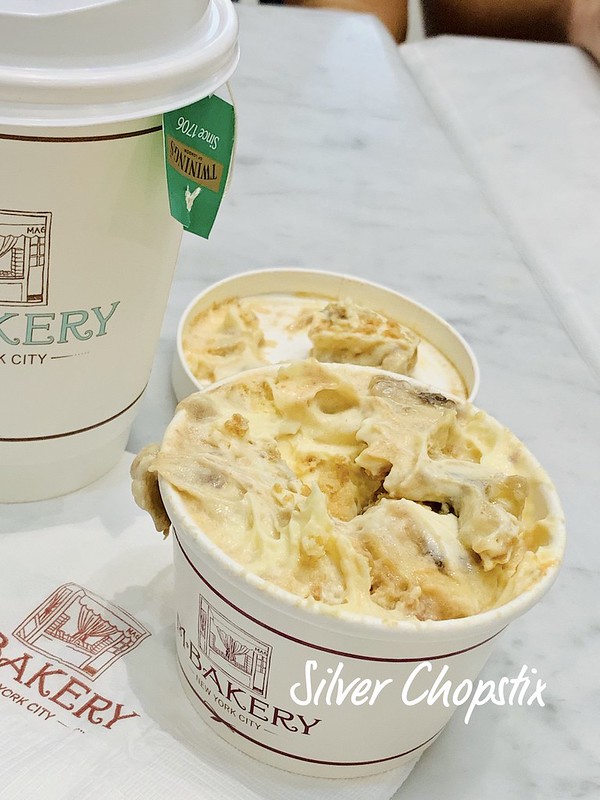 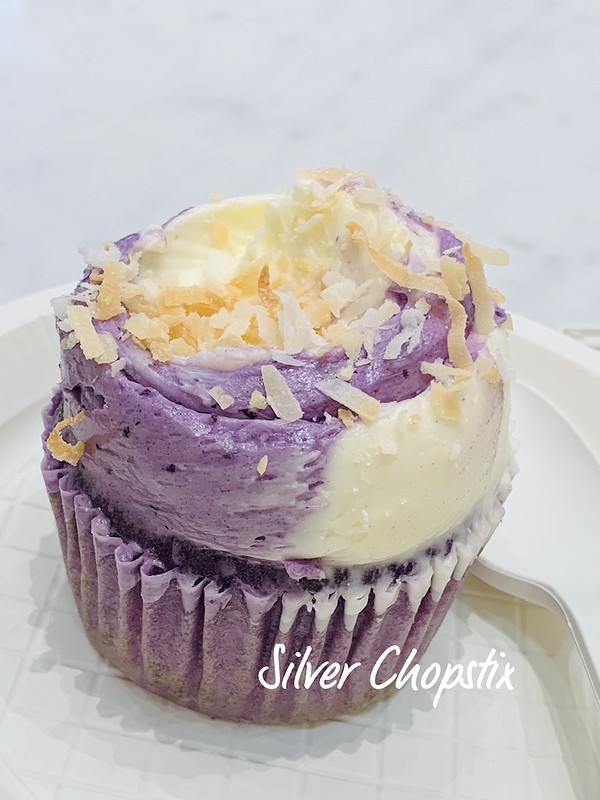 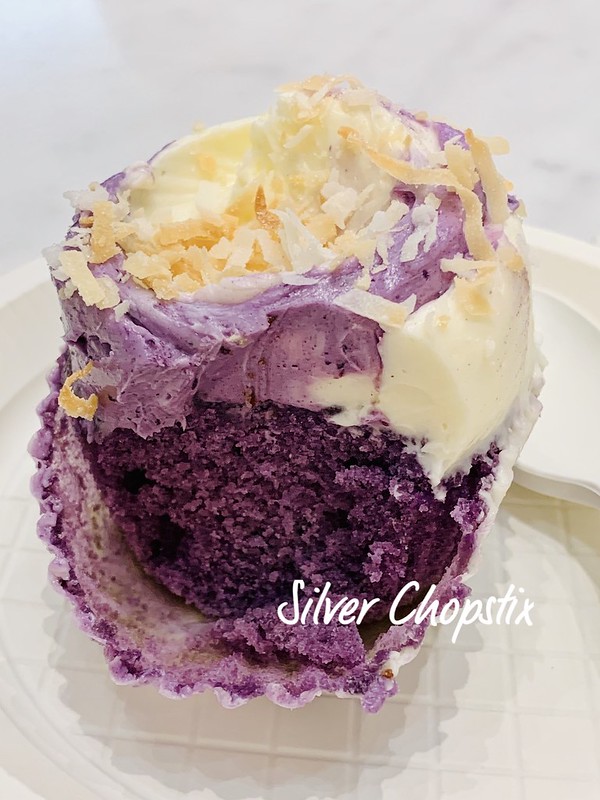 P.S. You may be wondering why it’s called M Bakery in Manila. The franchise owner said that they dropped the name Magnolia so that Filipinos not familiar with the brand would not associate it with other Filipino company or product with the same name.