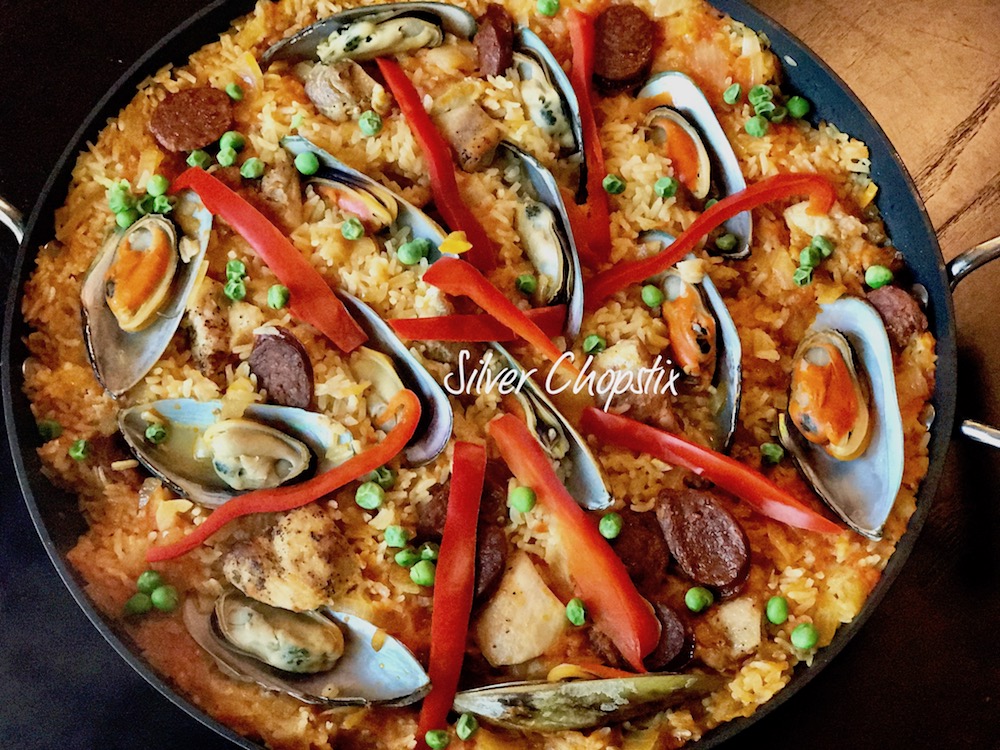 I had my first taste of paella when my dad took us to Minggoy’s restaurant in Magallanes as a high school student in the 80s. That was the first Spanish restaurant I have ever been to. My family would also order paella to go from them whenever there is a family celebration at home. When I first started making paella, I must admit I took the easy route and used the packaged paella mix you can buy in the grocery store. It’s either the goya or vigo brand, my family wasn’t complaining and it’s actually pretty decent tasting. But later on I wanted that distinct flavor of paella that you can only get from pimenton de la vera and saffron.

This dish takes sometime to prepare but so totally worth it. I can’t say it’s an authentic Spanish recipe but this is the closest I can get to recreate the paella I grew up with. In a small saucepan pour 4 cups of chicken broth and add about 2 pinches of saffron. Let it simmer over low heat and set aside. Don’t allow it to boil. Keep warm.

Get a paella pan and brown some slices of Spanish chorizo, when it becomes crisp around the edges remove to a plate. In the same pan add about 1/2 lb boneless skinless chicken thighs that has been seasoned with salt, pepper and pimenton and cook until brown on the outside then set aside again . (Note: you don’t need to cook it well since it will continue cooking with the rice later). Then saute in olive oil 1 medium finely chopped onion and shallot and 2-3 cloves finely minced garlic. Cook until translucent. Then add 3-4 roma tomatoes (I cut the tomatoes in half and removed the seeds then let it pass through a box grater and discarded the skin) and 1 tsp pimenton which is smoked Spanish paprika (Note: pimenton is not the same as the sweet paprika or the hungarian paprika) Cook for 1-2 minutes.

Add 2 cups bomba rice, I usually just use 1 cup jasmine and 1 cup sushi rice. Stir and let the rice get coated with the oil and the vegetables. Slowly add your 4 cups of chicken stock and give it a few stirs. Add your chorizo and chicken at this point. Let it boil then cover and simmer over low heat. When rice is almost done you may add shrimps, mussels and sliced squid. Continue cooking until rice is done and all the liquid is absorbed. I also add some red bell pepper and peas towards the end of cooking just to give it color. 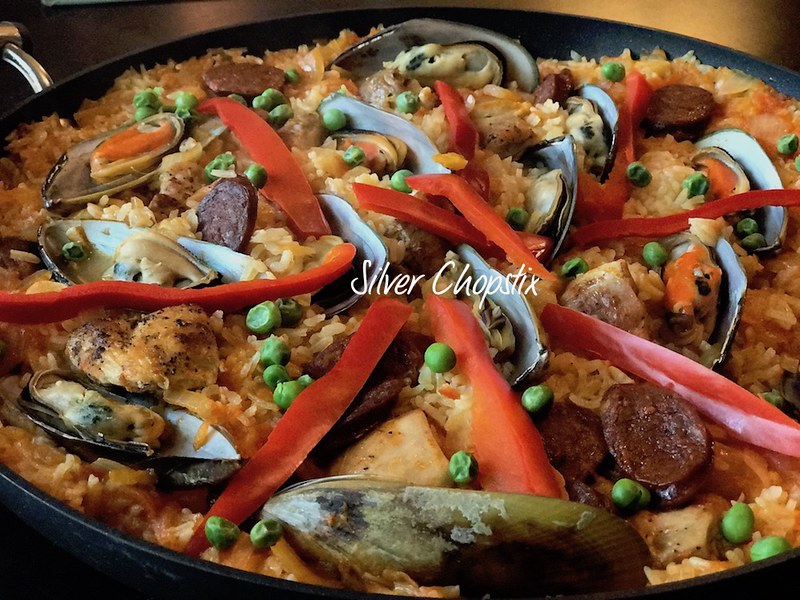 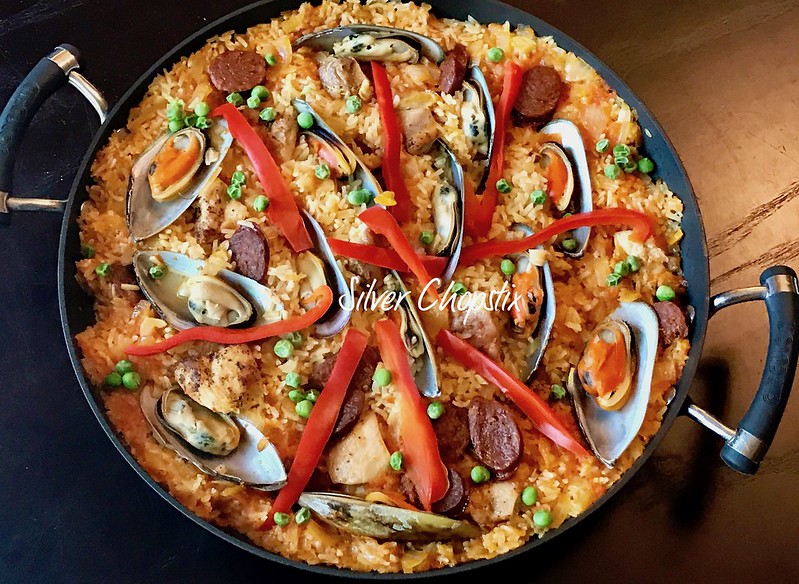