This dish originated in the town of Malabon which is beside Navotas, the town where my parents and grandparents grew up. History shows that Navotas was originally part of Malabon, it was in 1859 that it became an independent town. Navotas is a coastal town located in the Northwest part of Metro Manila. It is known as the fishing capital of the Philippines. This dish incorporates a lot of seafood, as you would expect something coming from a fishing town. Pancit Malabon is not the same as Pancit Palabok as what most people think. Both have very different cooking techniques and ingredients. Wikipilipinas best described it as “Made with fat rice noodles that are first submerged in boiling water. The noodles are then tossed in a rich garlic-achuete oil sauce. Since Malabon is known for its seafood, in addition to some vegetables and hard-boiled egg, it is topped with oysters, squid rings, and boiled shrimps.”

Pancit Malabon is always served when we have family gatherings, celebrations and during holidays. Friends and relatives would sometimes request for this when they would come and visit. Most families in Malabon and Navotas have their own recipe or way of making this. This is the recipe of my maternal grandmother. Her recipe would call for ground pork in the sauce and for the toppings she would include shrimp and squid. My paternal grandmother on the other hand does not use squid but would add oysters instead and add chopped meat and not ground. For an extra special Pancit Malabon, it would include all three:shrimps, oysters and squid. I have seen how this dish is prepared in our kitchen countless of times as a child because I was fascinated by the way it was made. There really is no precise measurements, each ingredient is added by taste and feel or maybe just from experience. I learned to make this the same way with no measurements that is why for this blog entry there will be no recipe included.

Here in the Northeast, it is sometimes hard to get fresh seafood, I omitted squid and oysters from the recipe since I was not able to get a hold of these ingredients.

The recipe for this dish has been passed down to three generations already and I consider this a family heritage. This is the dish that our family is known for. 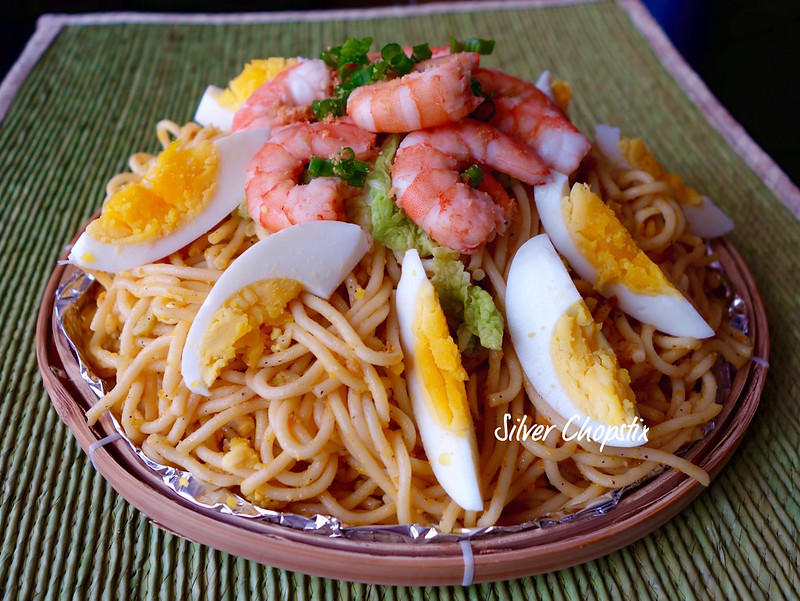 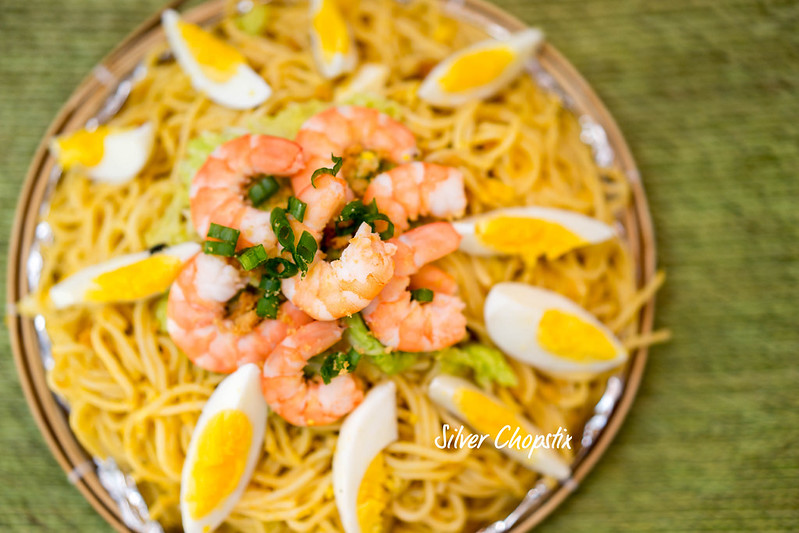 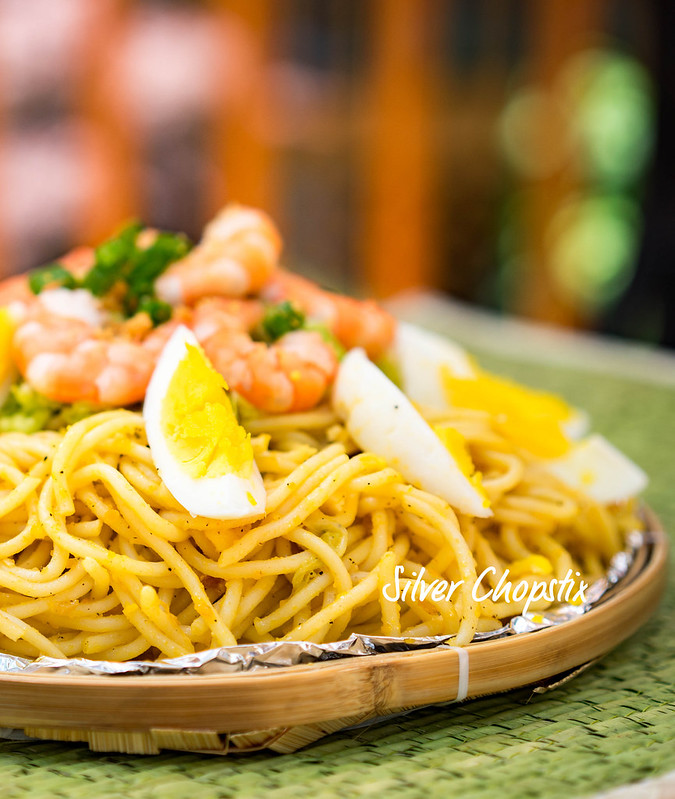 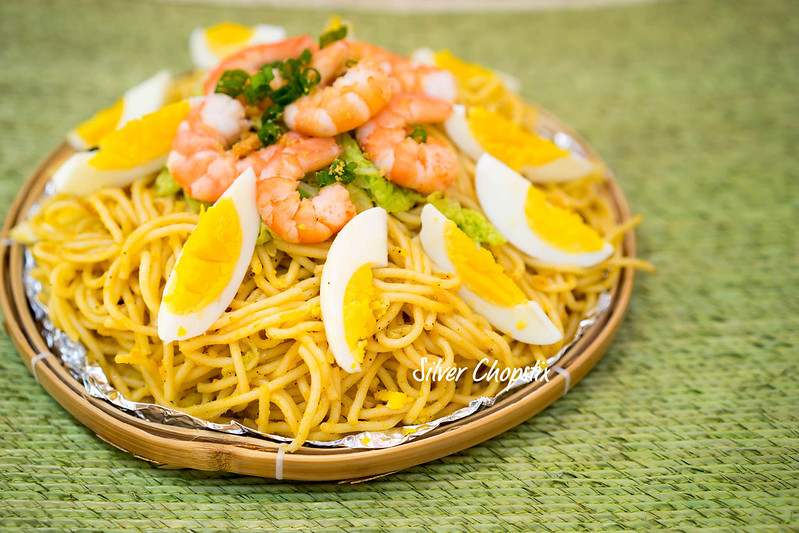