Pokemon Go took the world by storm the past summer. Since it’s release two months ago, it has been downloaded 500 M times according to its developer Niantic. I was never really a pokemon fan until I played this game out of curiosity. You would have been living under a rock if you didn’t know how much everyone is talking about this game.

That being said, it’s just fitting that I create a bento with a Pokemon Go theme.

To make, I used yellow decofuri to color my rice to make pikachu. Then formed it’s face and ears by using plastic wrap. To decorate the face, I used nori and a bit of cheese and tomato for the cheeks. For the poke balls, form your rice into a ball by again using a sheet of plastic wrap. Then wrap the upper portion of it in crab sticks (I just used the outer red part of it by slicing it carefully then opening it up to remove the white flesh inside). Wrap it again in plastic wrap to set. Then cut a strip of nori to wrap around the ball and cut out a small circle for the center.

Place your pikachu and poke ball onigiri in your bento box and arrange some vegetables and other food items of your choice. 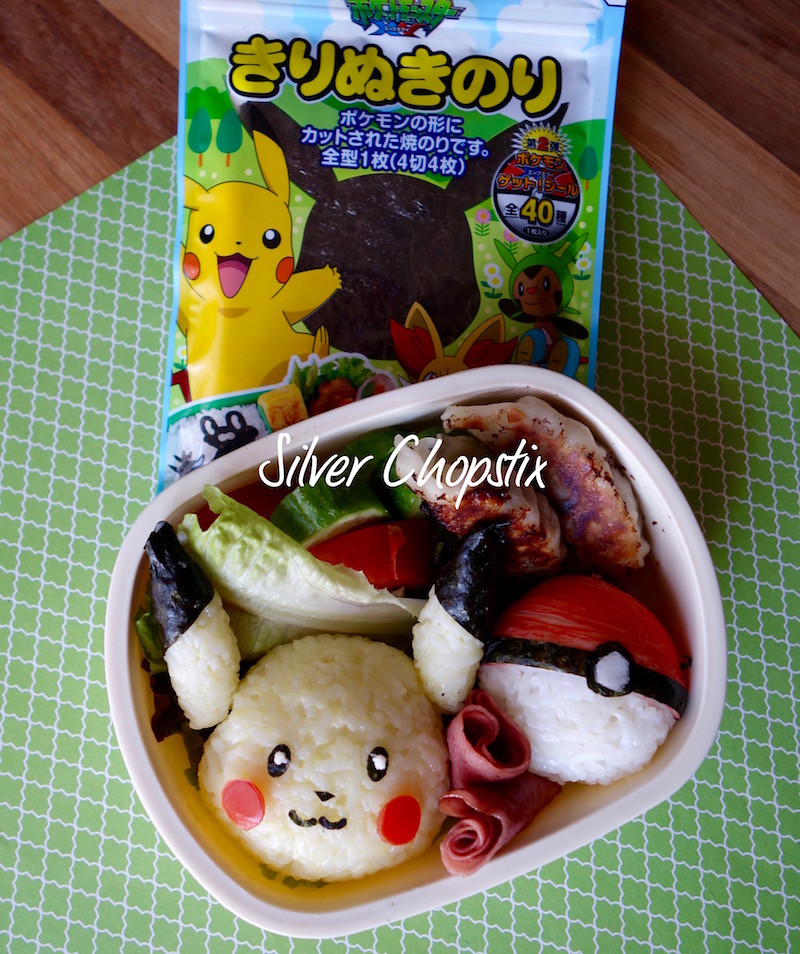 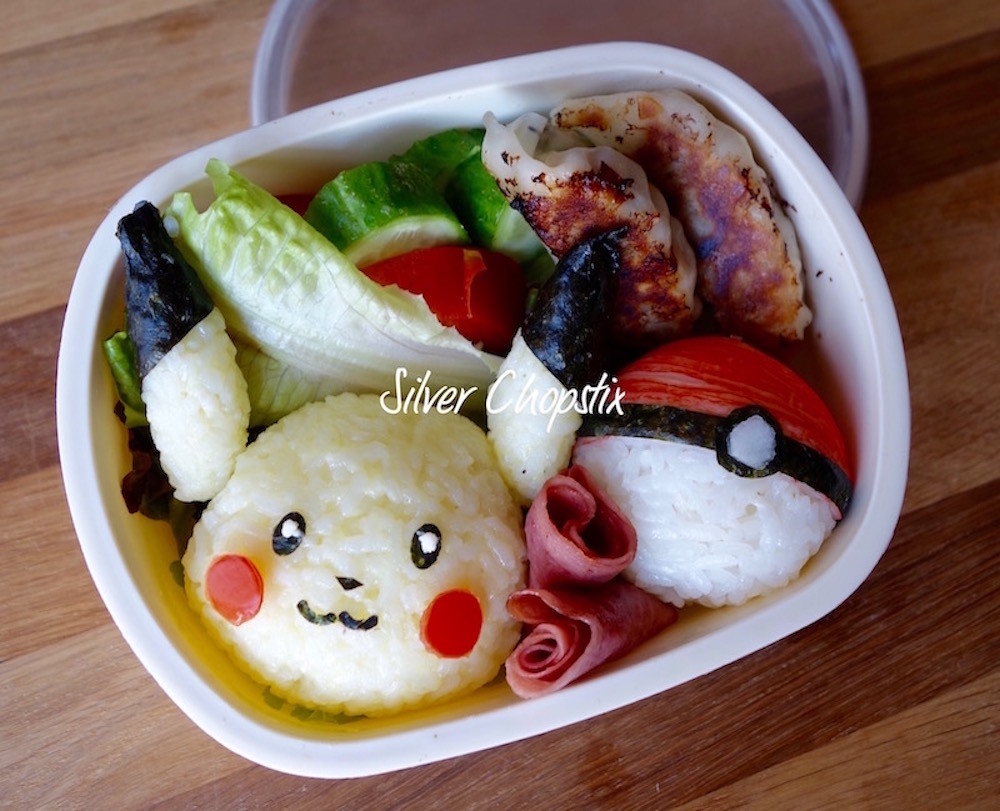