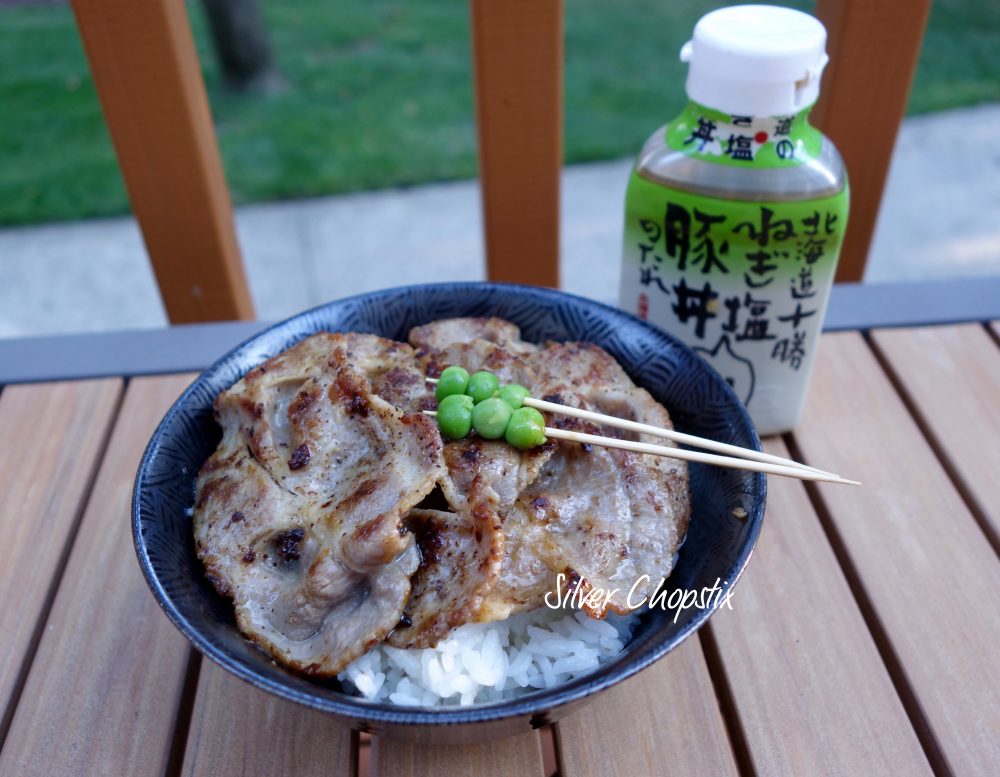 It was our visit to the Hokkaido Gourmet Food Festival in Mitsuwa that inspired me to make this dish. There were various food items on sale that were sourced from that region and what caught my eye was the pork bowl sauce (tokachi tare). I initially thought that it was a dipping sauce. After doing a little research I discovered that it is used for making Butadon (pork bowl). This dish originated in Obihiro, a town in Hokkaido, Japan and is known to be that regions specialty.

This may not be an authentic butadon recipe since I just adapted it from several recipes I found online. You will need, pork slices, salt, pepper and butadon sauce. First, season your pork with salt and pepper on both sides. 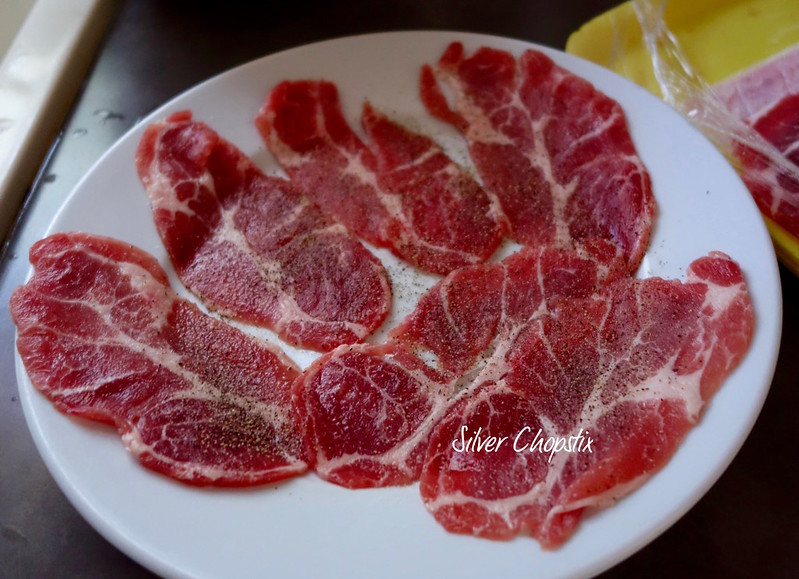 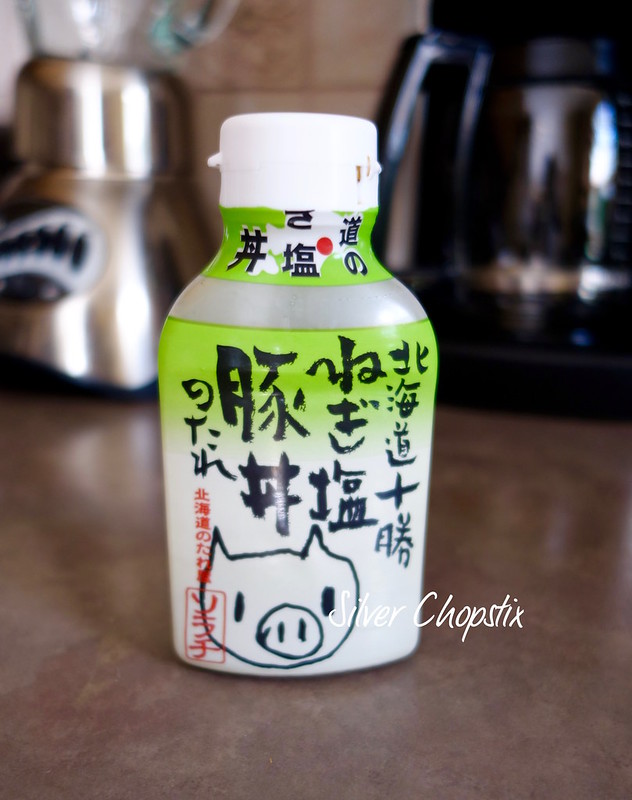 Then, grill or pan fry until brown and a bit crisp. Season meat with Butadon sauce then serve it on top of a bowl of white rice. This is usually garnished with peas or green onions. 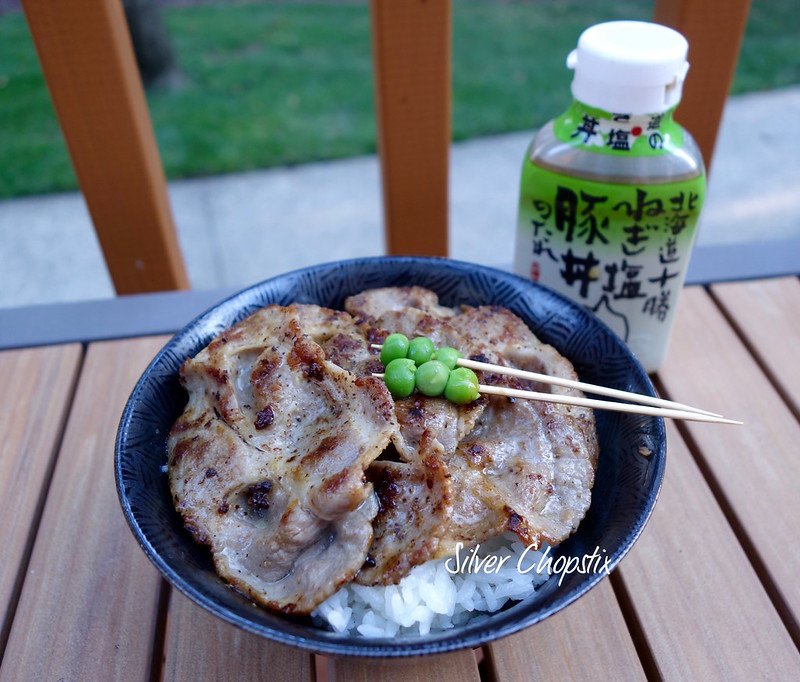 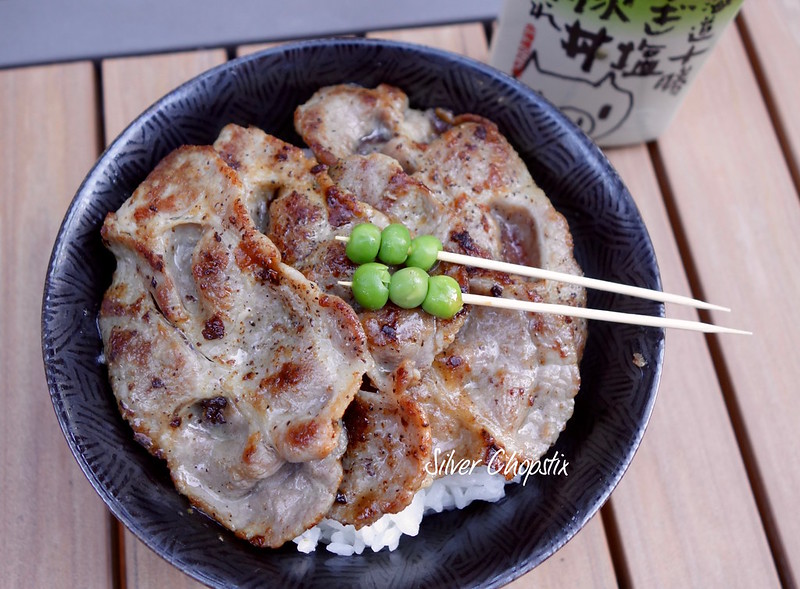