I took my sister’s family who was my host for my month long vacation in Manila to Shake Shack in BGC. It officially opened May 10, 2019 at Central Square, Bonifacio Global City (BGC). My nephews were very much interested to know if the burgers served is the same in taste and quality as those in NYC where it originated. They wanted me to do a taste comparison.

Thankfully there was no wait in line when we got there. Though it’s obvious that the crowd hasn’t diminished yet even it’s been open for several months already. We got outside seating since it was already packed inside given that it was only 6pm. It was surprisingly nice and pleasant to be dining outdoors that balmy September night. 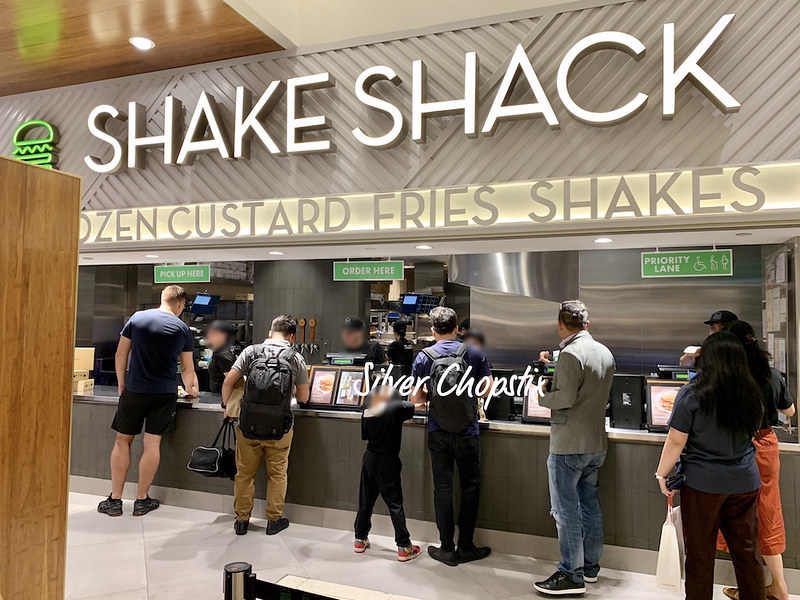 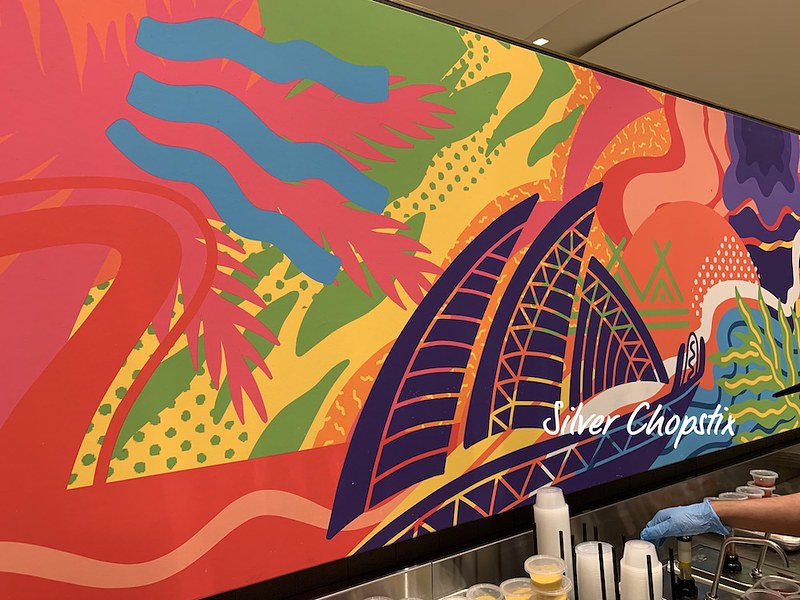 Shake Shack has items that is exclusively offered only in Manila like the ube shake and calamansi limeade. Also Concretes that is specially created for them like Shake Attack, Calamansi Pie Oh My and Uuube-by baby. 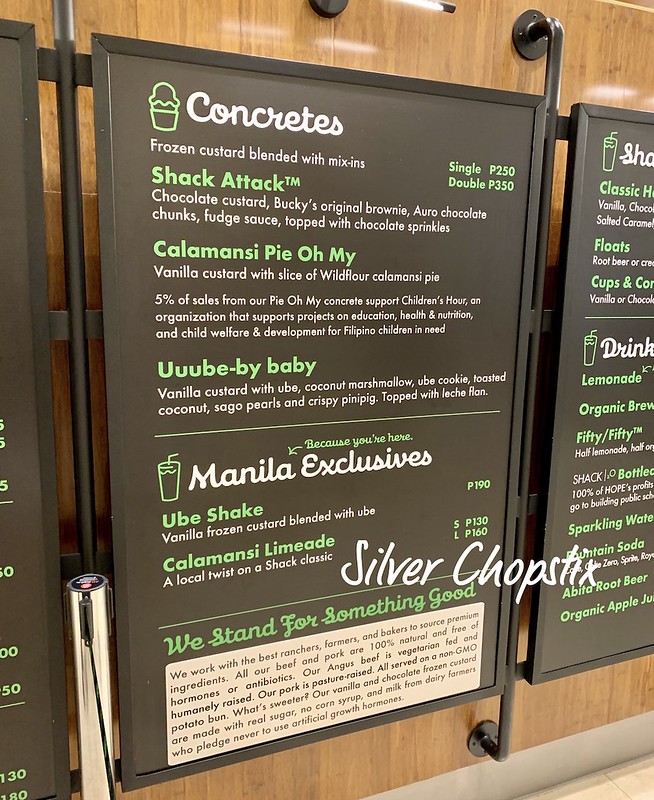 We all had the classic Shack Burger single while my two nephews got the double patty. We got the crinkle fries and cheese fries as sides as well. I tried their calamansi limeade, it’s the Filipino version of lemonade. The burgers and fries tasted the same as the ones we have here in the US. The only difference in taste I noticed is that the burger patties is Manila is more seasoned or saltier. It’s priced almost the same here too, the single costing 250 pesos (US $ 5.16) and the double at 410 pesos (US $8.46). 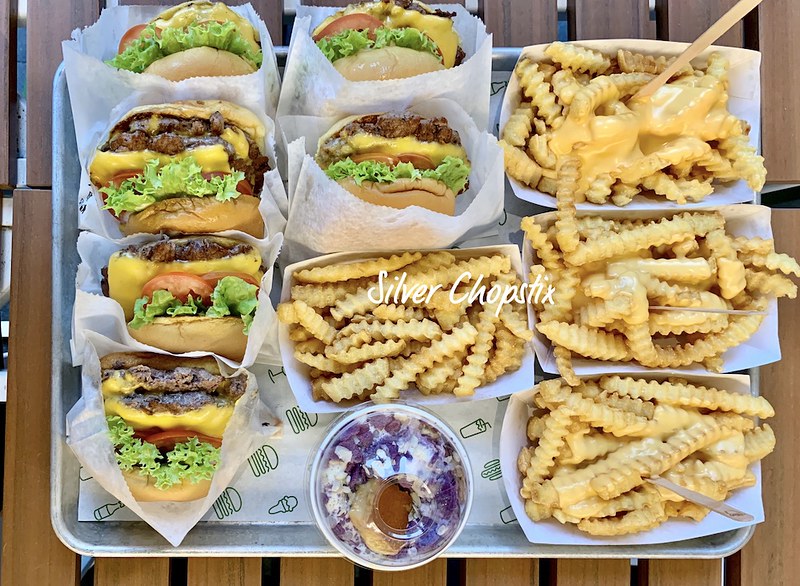 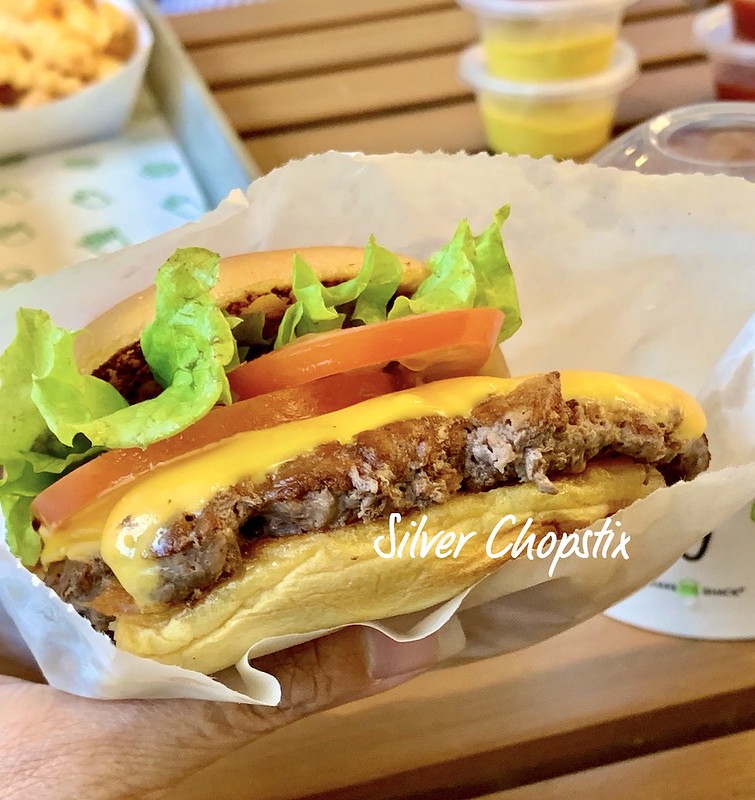 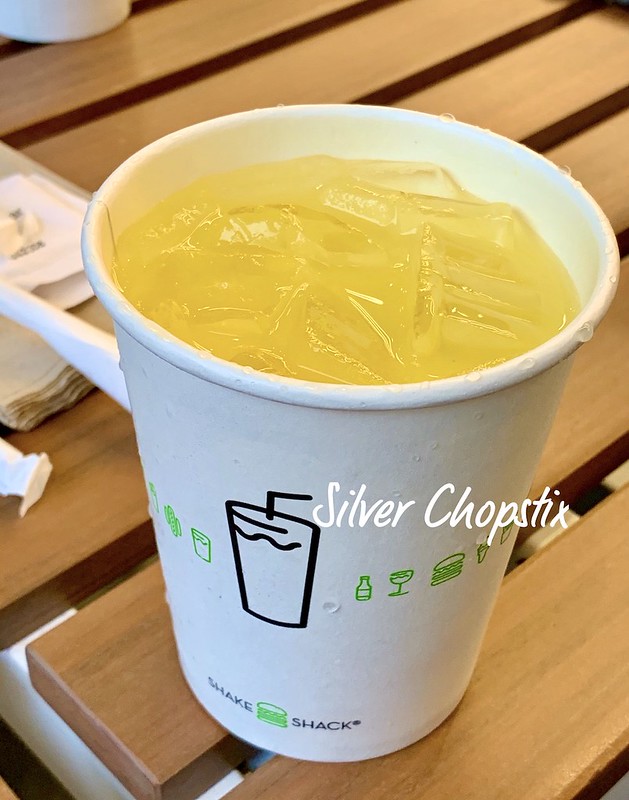 And last but not least I got the Uuube-by-baby concrete that I shared with my sister. It’s vanilla custard mixed in with ube, coconut marshmallow, ube cookie, toasted coconut, sago pearls, crispy pinipig topped with leche flan. 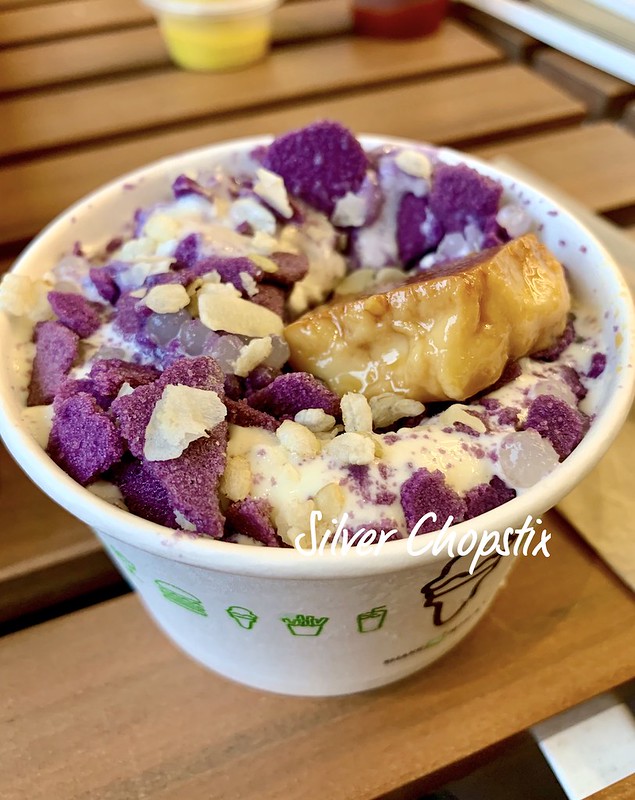