After trying out the Ube French Toast at Parkside Eats, which was utterly delicious by the way, I told myself I would make something similar. I wanted a dish that would not be too sweet since I am trying to cut back our sugar intake. We thoroughly indulged ourselves the past Summer and it’s time to make some changes to our diet.

I originally thought of mixing mascarpone cheese with some ube halaya. The thing is I forgot to pick up some on my recent grocery run. I just improvised and used some whipped cream in place. 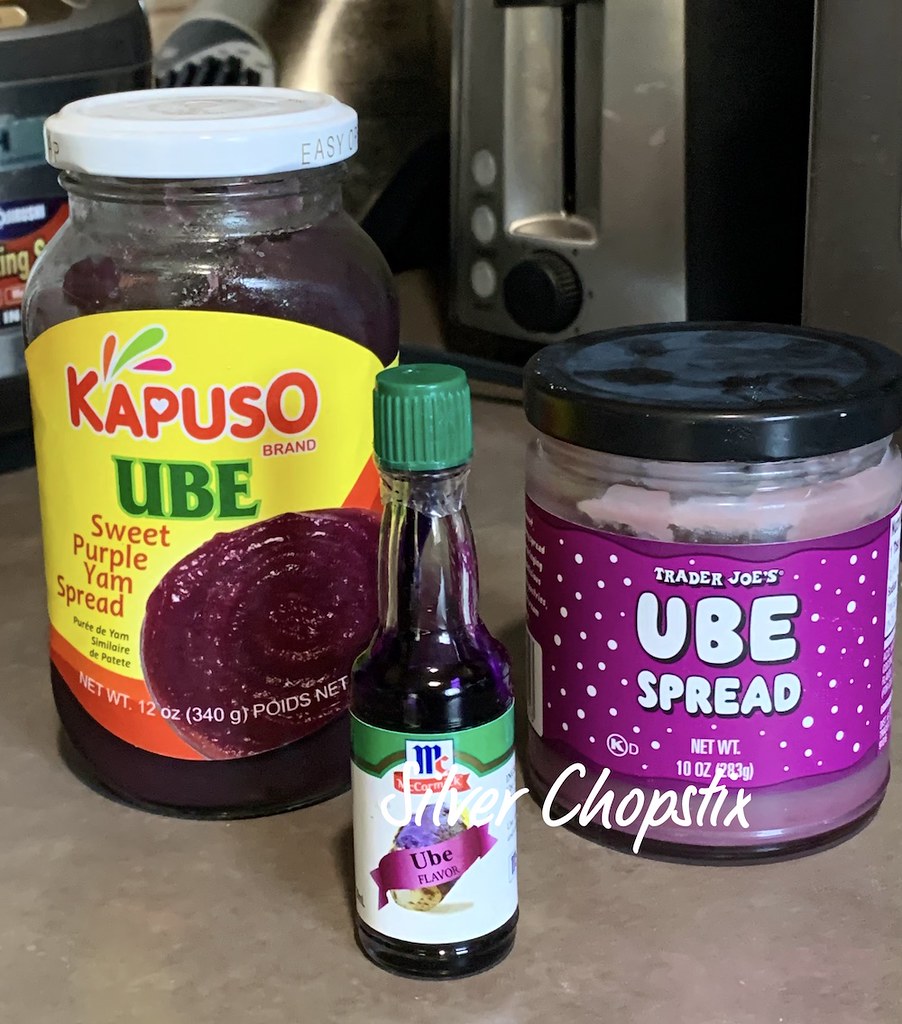 To make the spread, place 2-3 Tbsp. Ube Halaya (I just used a pre-made bottled one), 1 Tbsp. Ube Spread from Trader Joe’s and 1/2 tsp. Ube Flavoring for color. Beat until smooth then add 3/4 cup heavy cream and whip until still peaks form. Place the spread in a piping bag. Using a Wilton 2A tip pipe it on your toast using a zigzag motion. Enjoy ! 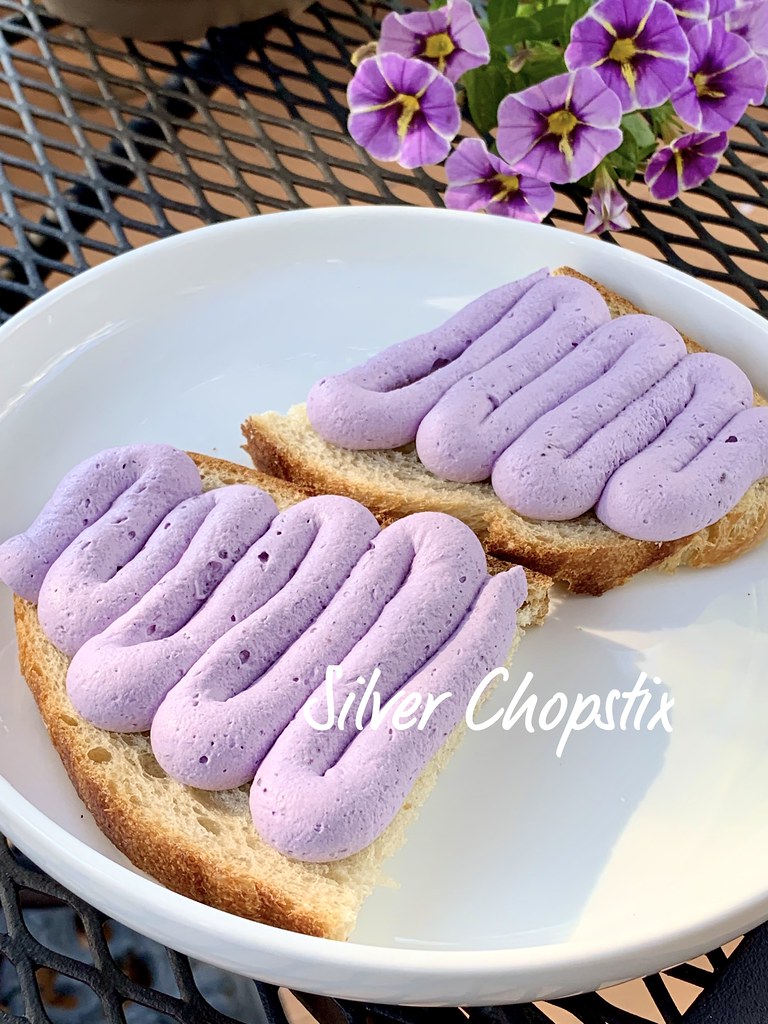 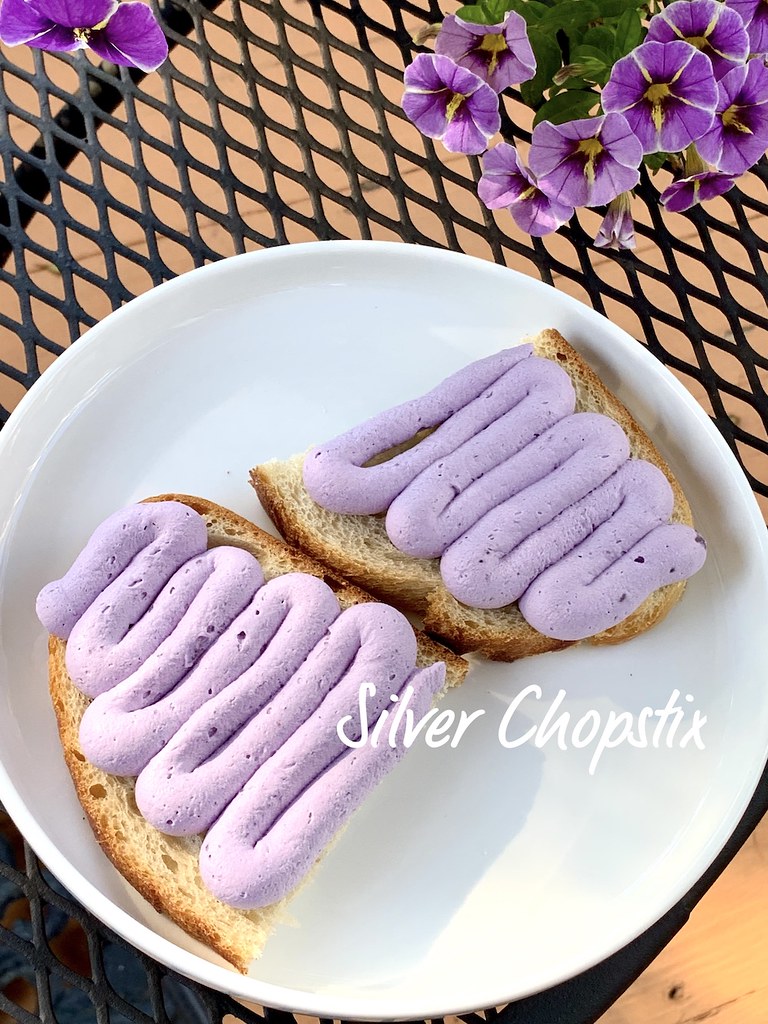