For me Bulalo is just like Nilaga, a boiled meat dish. Using beef shanks and bone marrow is what makes it Bulalo. This dish is a local specialty of the Southern Tagalog region of the Philippines. You will see numerous roadside stands and restaurants along Tagaytay going to Cavite and Batangas with big signs and advertisement offering these to eager tourist. It’s popularity in this region, may be due to the fact that Batangas is the cattle trading capital of the country. History says that cattle was brought to us from Mexico. The Spaniards identified Batangas as the sole place with proper grass fit to raise cattle then. Today it’s considered the source of prime beef in Manila.

This probably was considered a rustic dish since it’s mainly made up of bones with few meat in it. I guess that this is what rural farmers did back then with unwanted cuts of beef so nothing would go to waste, after choice and prime cut of meat are sold.

To make, place 2 lbs of beef shank in a stock pot and fill with water until it covers your meat. Boil for a couple of minutes. Then fish out your meat and quickly rinse it under running water to remove scum and set aside. Then drain your pot and thoroughly wash and clean before returning the beef shanks back in. Cover again with enough water, one roughly chopped white onion and 1 tsp. peppercorns. Let this boil then lower heat. Cook covered until meat is very tender. You may need to add water as needed. Make sure to remove scum that floats on top to ensure a nice clear broth. Season to taste with salt or patis (fish sauce).

Then add the 2 corn on the cob that has been cut into smaller pieces. Cook for about 5-8 minutes. Throw in the several bunches bok choy with leaves separated. Let the broth come to a boil again. Cover and remove from heat. 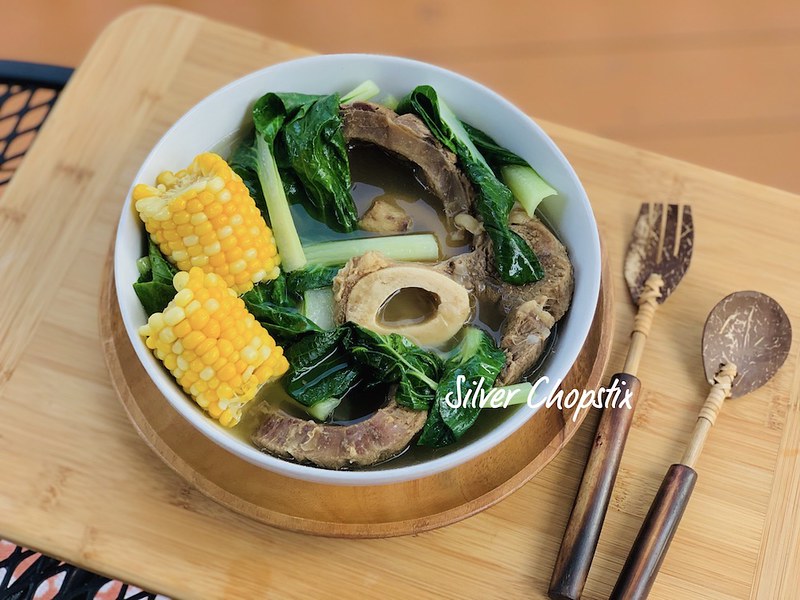 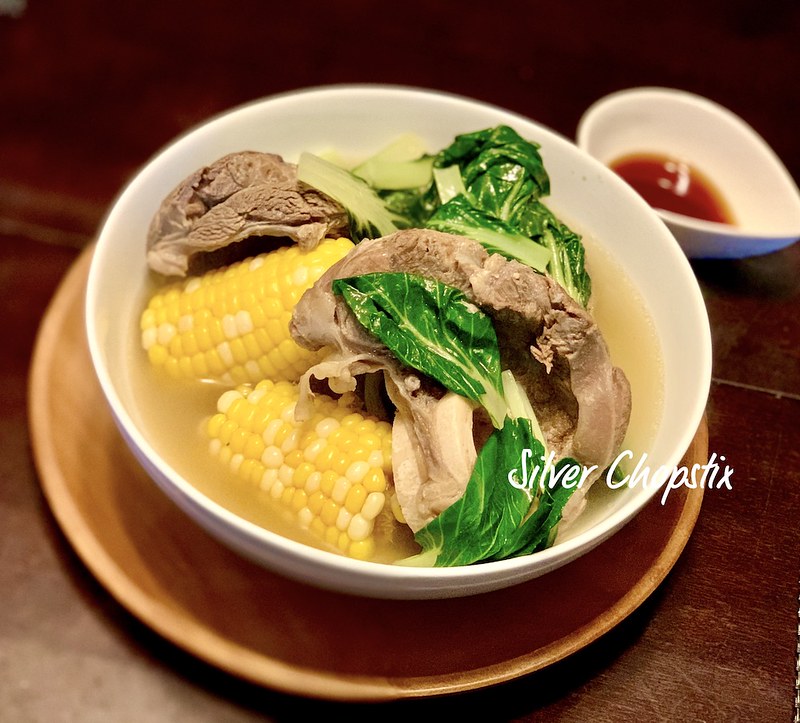