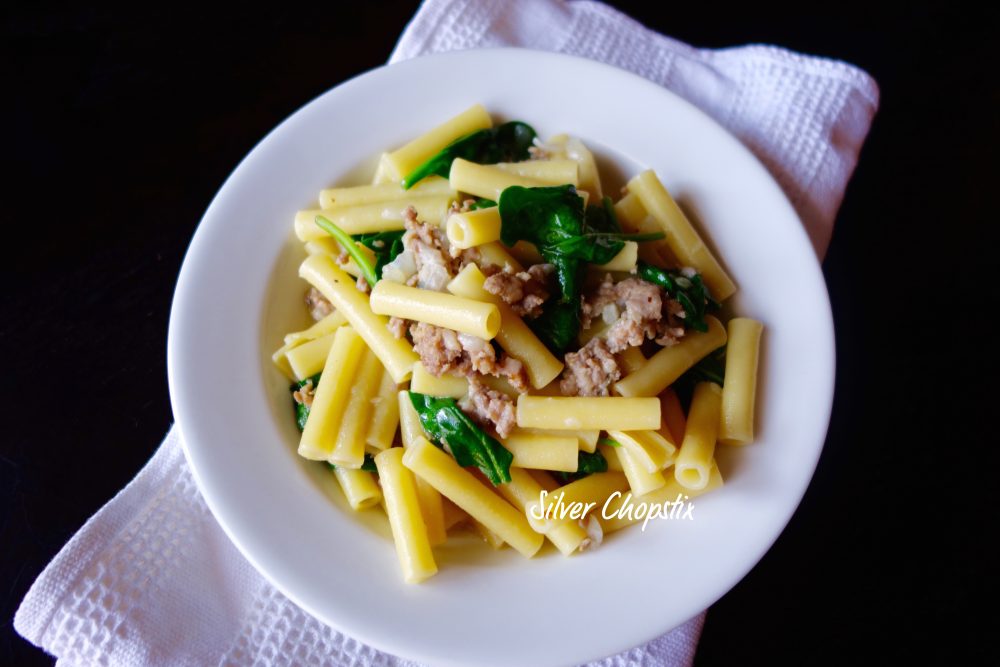 An alternative for tomato based pasta, this recipe is really quick and simple to make.

First brown your italian sausage (mild) in large pot deep enough to hold several cups of broth. I used 4 italian sausage patties that I broke up while cooking. Then add a medium sized onion that has been diced and 2-3 cloves finely minced garlic. Cook until onions are soft and translucent. In the same pot, add 5 cups of water and 1 chicken bouillon and let it come to a boil (the original recipe called for chicken broth). Then add 1 box of pasta (I used penne) and cook until al dente. Stir once in awhile to ensure pasta does not stick together. After about 8-9 minutes much of the liquid would have been absorbed. Add 3/4 – 1 cup milk (the original recipe called for half and half) and cook until sauce is slightly thickened. Add a bag of spinach and cook just until the leaves are wilted. Top with some grated parmesan cheese before serving. 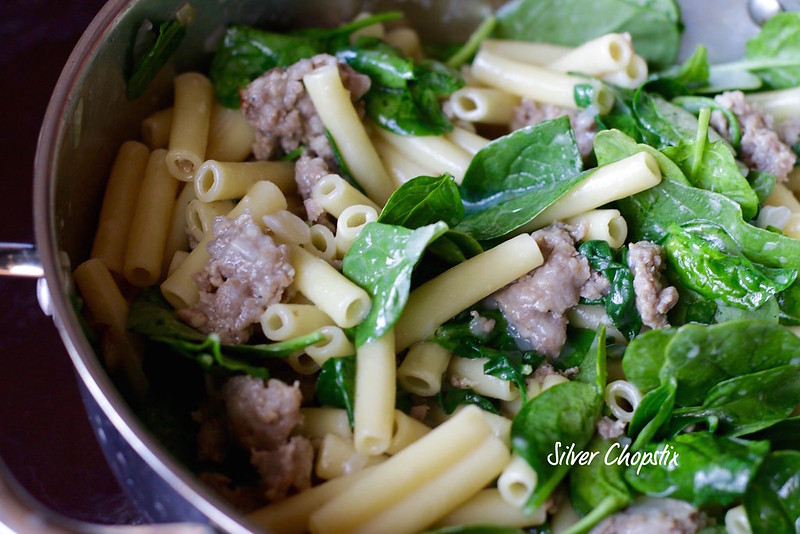 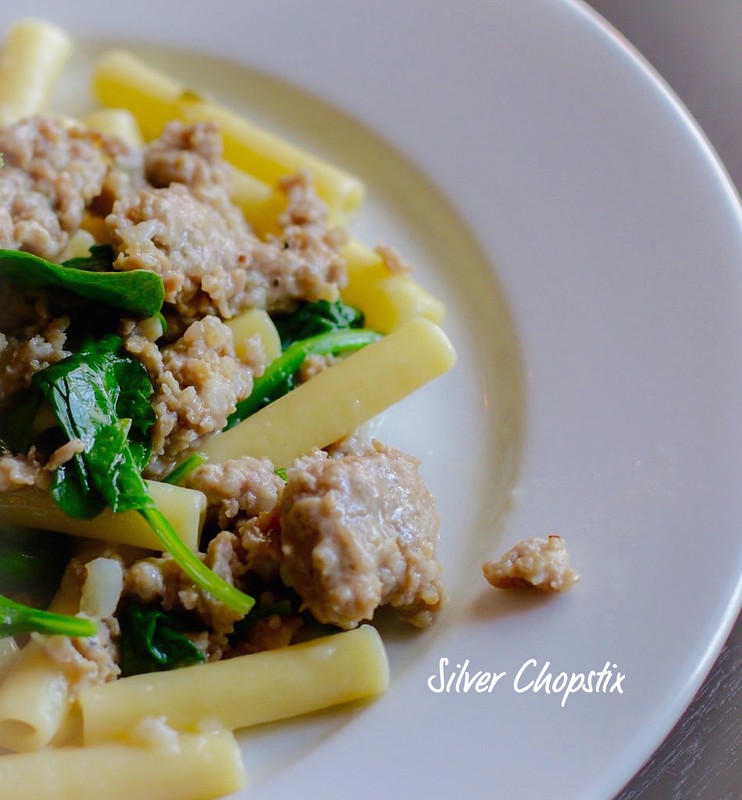 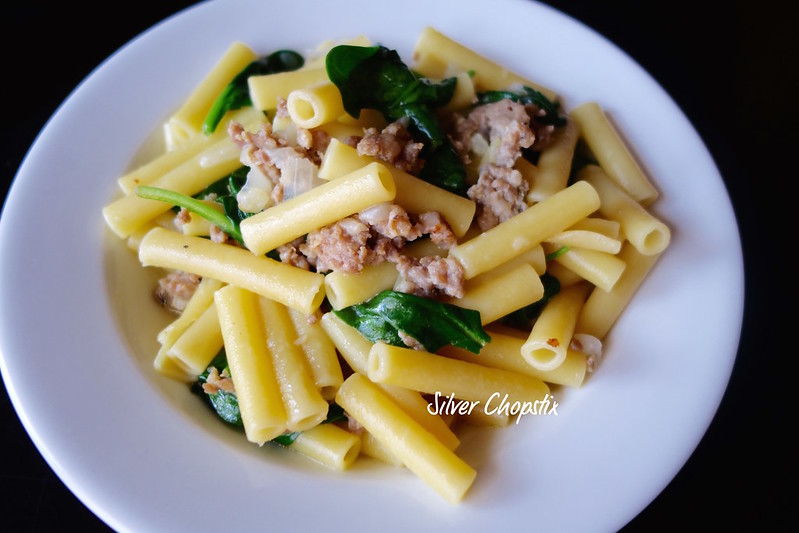