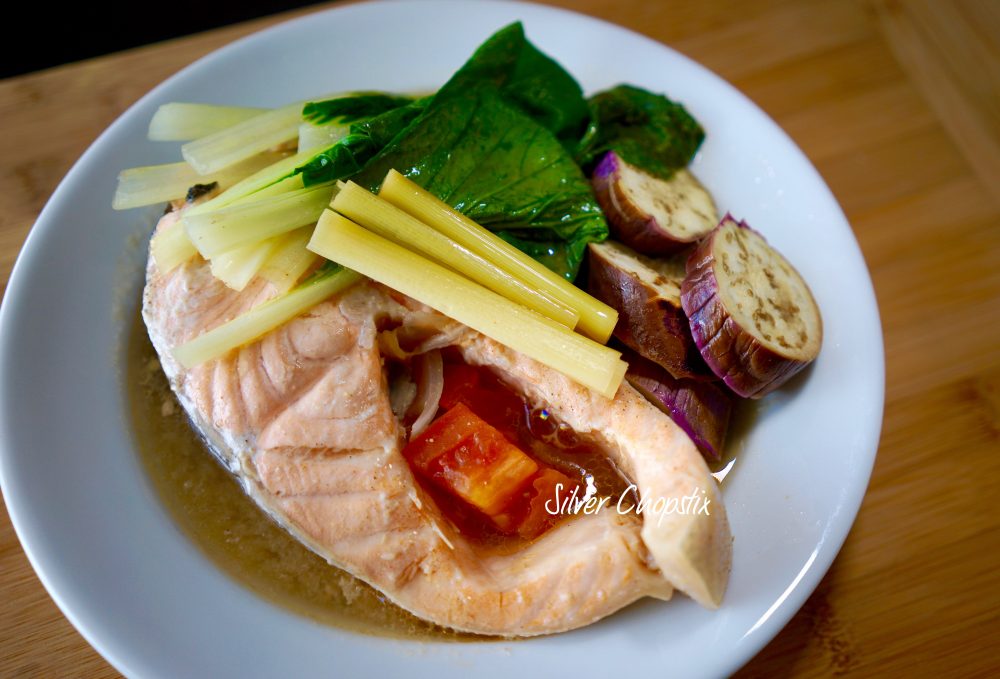 Miso is not an unusual ingredient in Filipino cooking. Our family uses it when making fish sinigang , or specifically sinigang na kanduli (a type of catfish native to the Philippines). As I have mentioned in my previous post, sinigang is a stew/soup that has been flavored with tamarind and has a similar taste to the Thai Tom Yum soup. Miso used in the Philippines is different from it’s Japanese counterpart. It has a stronger flavor, a courser texture and is referred to as soybean mash.

I substituted Japanese miso for this recipe. There are different types of miso available at the Asian store. I chose red miso which has a bolder flavor.

To make, in a heated pot add a couple of tablespoons of oil and saute a medium sized onion and two roma tomatoes that has been chopped. Cook until onions are translucent and tomatoes has released its’ juices. Then add 2 stalks of lemongrass (white parts only) that has been cut into 2 inch lengths. Cook until fragrant. Then carefully add your salmon steaks (I used 2 pieces) and allow it to get coated with the oil and aromatics. Add about 5-6 cups water and let this come to a boil. Once it’s boiling, add a packet of sinigang mix and 3 tablespoons of miso that has been diluted in water. Stir to make sure miso and the seasoning is dissolved. Let simmer until fish is almost done. Towards the end of cooking, add your asian eggplant that has been sliced at a bias, a bunch of asian greens and one long hot green pepper. The pepper would not add heat as long as it’s not pricked or sliced. Chinese mustard greens are traditionally use but you can use whatever is available to you. You may also add yard beans and radish. 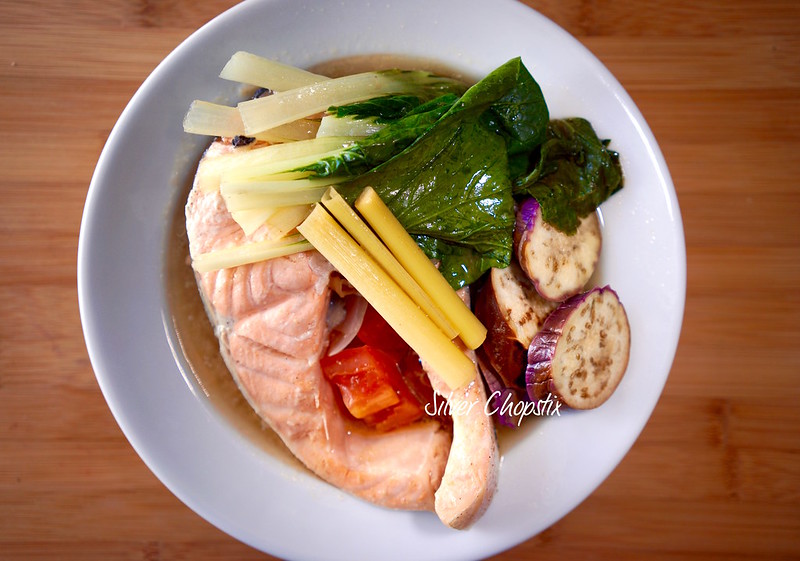 P.S. As I have mentioned before, Asians cook and serve their fish whole. Fish head is somewhat a delicacy and are usually made into soups in countries like Malaysia, China, Singapore, India and the Philippines. In this recipe I added salmon fish head which I got at my local asian store. Salmon fish head is meaty and very flavorful. 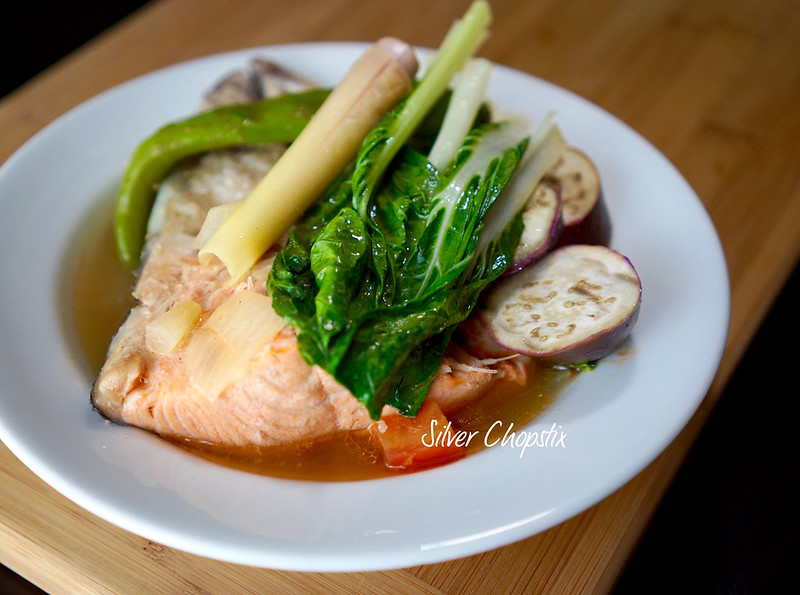