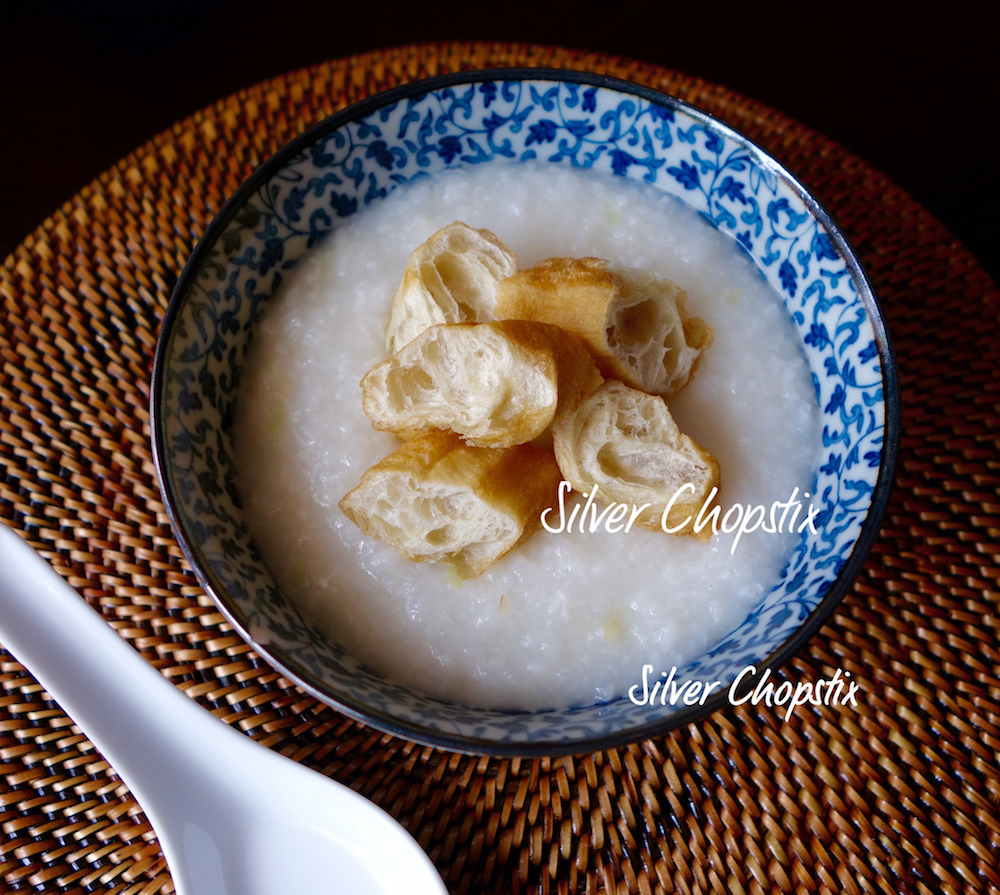 Congee is the traditional breakfast fare in Far East Asia. In China, Hong Kong and Taiwan it is usually just made up of rice, water or broth and aromatics such as ginger and scallions. Most countries in Asia have their own version of this dish as I have explained in my previous post on Arroz Caldo.

It is often prepared plain when served for breakfast. Toppings are always added depending on one’s preference. In most households and coffee shops in Asia this is usually paired with Youtiao. Youtiao is a long fried strip of dough, also known as Chinese Cruller. In the Philippines we call this Bicho-Bicho. Some refer to is as Chinese doughnut. I do remember this sometimes being rolled in sugar after being taken out of a big vat of oil. Prepared Youtiao are sold in most Asian groceries and you can find them in the refrigerator section.

To make this congee, I just placed 1 cup measure (I used the cup that came with my rice cooker) of jasmine rice in a medium sized pot. Then I added 5-6 cups water, 1 stalk of scallion finely minced (white part only) and a thumb sized ginger cut into slivers. Let this come to a boil, after which let it simmer under low heat until the rice is softened and broken down. Make sure to stir it once in a while to prevent scorching.

Ladle in bowls and serve with Youtiao. I got prepared Youtiao and just warmed it in the oven for a few minutes. You can serve this on the side or cut up as topping. 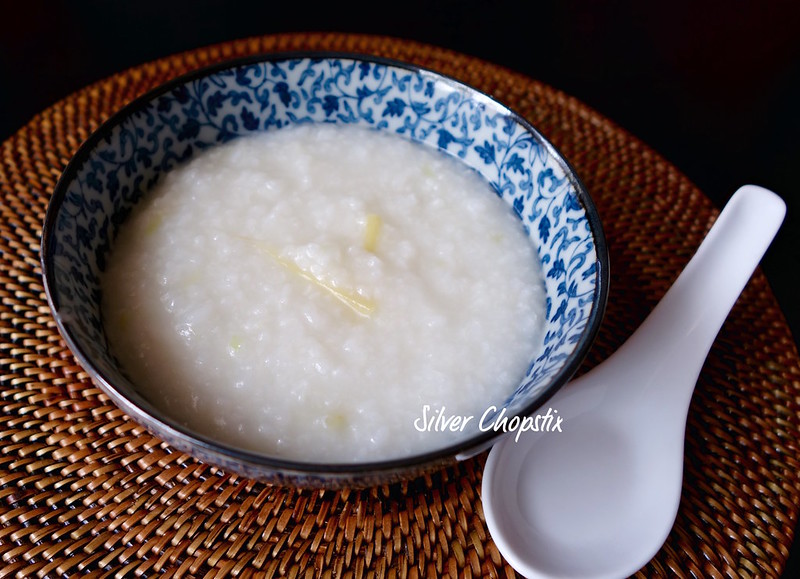 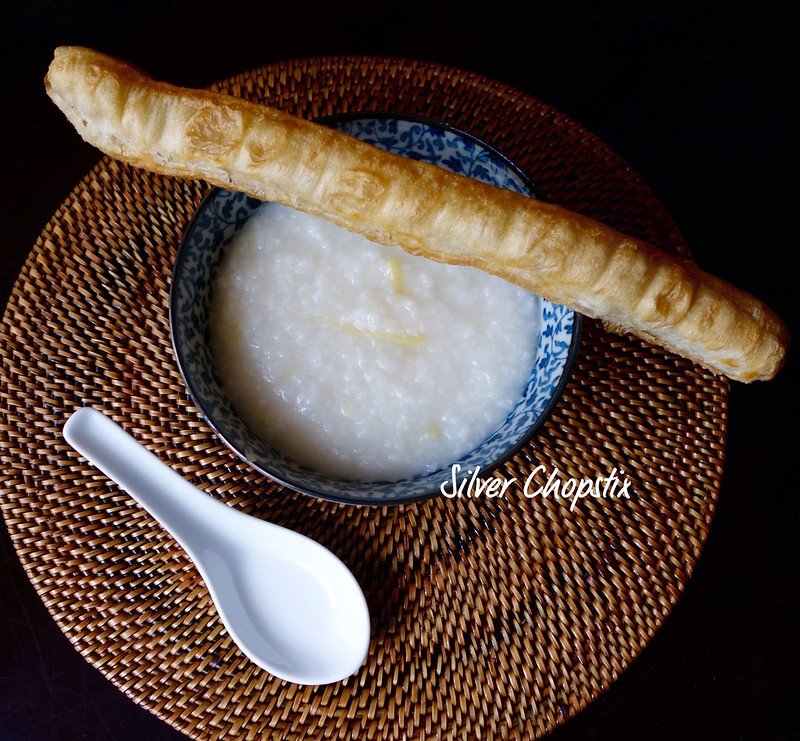 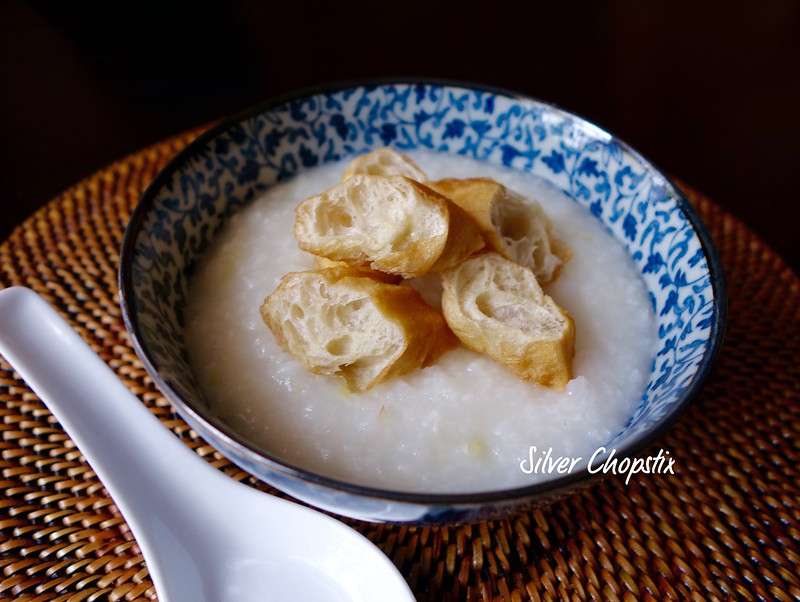 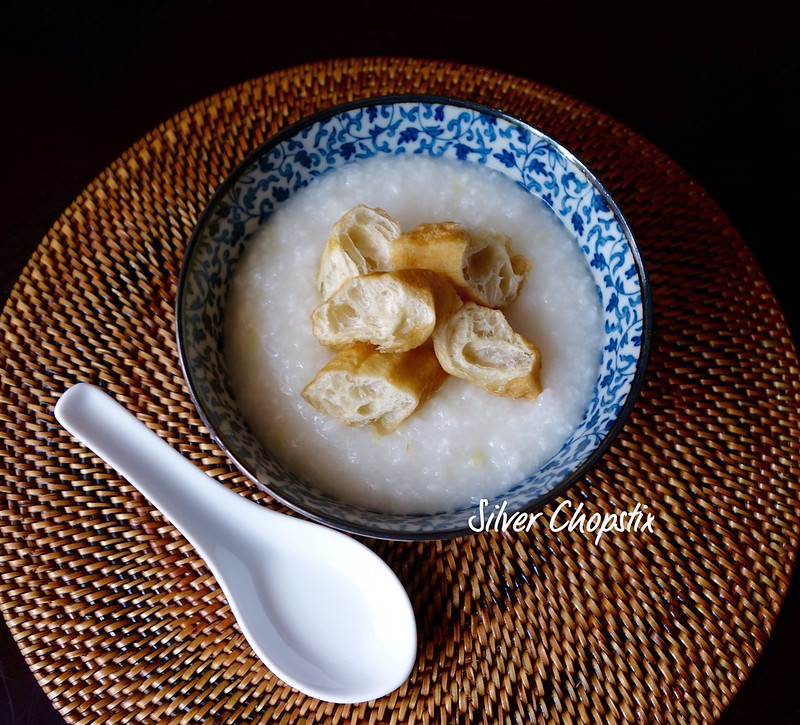