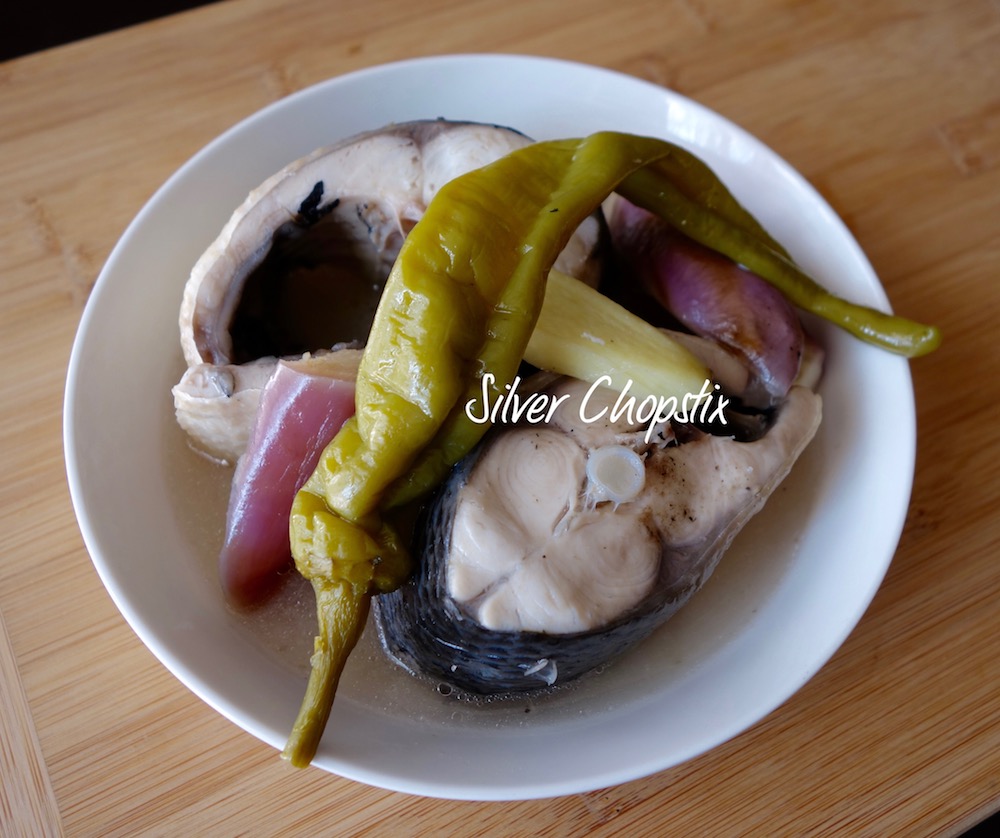 Paksiw is a uniquely Filipino dish. It’s very rustic since the only flavoring ingredient is vinegar. As I have mentioned before vinegar is widely used in Filipino cooking. The main reason was food preservation, this was before the advent of refrigeration. It also emphasizes how our food revolves around 4 main flavors which is Salty, Sour, Bitter and Sweet.

The secret to making good paksiw is using fresh fish or seafood. My parents and grandparents grew up in Navotas a fishing village near the capital and are used to literaraly eating the catch of the day. This is the reason why I learned to eat different sorts of seafood and prefer to eat my fish whole rather than filleted. My husband who grew up in the same town loves this dish.

For this recipe you will need a good sized milk fish. Have your fish monger clean and cut it into 4 pieces or depending on how big you want it. Traditionally when making paksiw the scales are not removed from the fish, but I had mine taken out since the milk fish available here are frozen ones and is unsure how it would affect the taste of finished product. 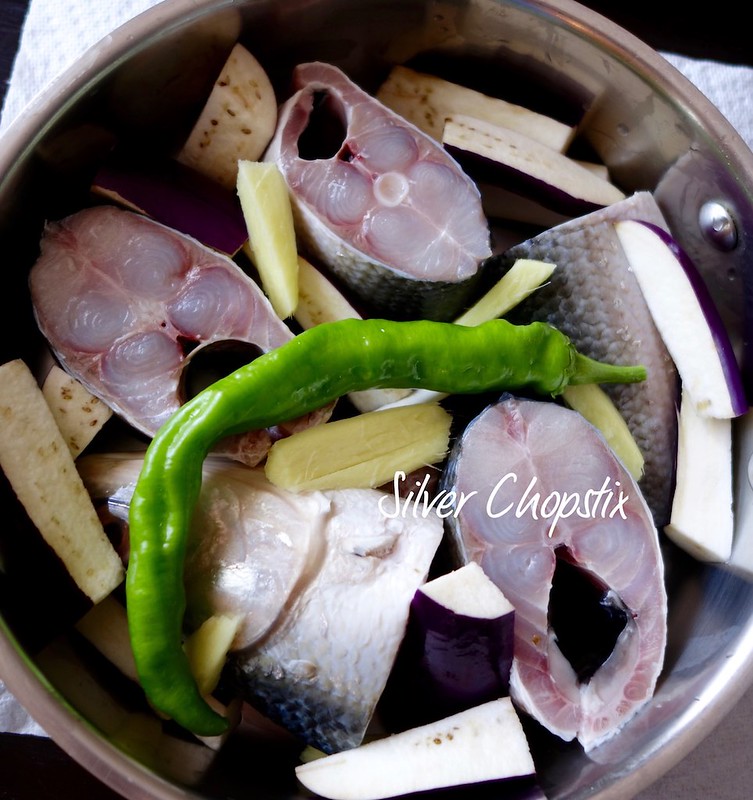 To make, place your fish in a pan and add a thumb sized ginger cut into slivers, one to two long green peppers, and 1 Asian eggplant sliced. To this add 1/2 – 3/4 cup coconut vinegar or cane vinegar and 1 cup water. Season with 1 tbsp, kosher salt. Let this come to a boil then lower the heat and simmer uncovered around 10 minutes of until fish is done. 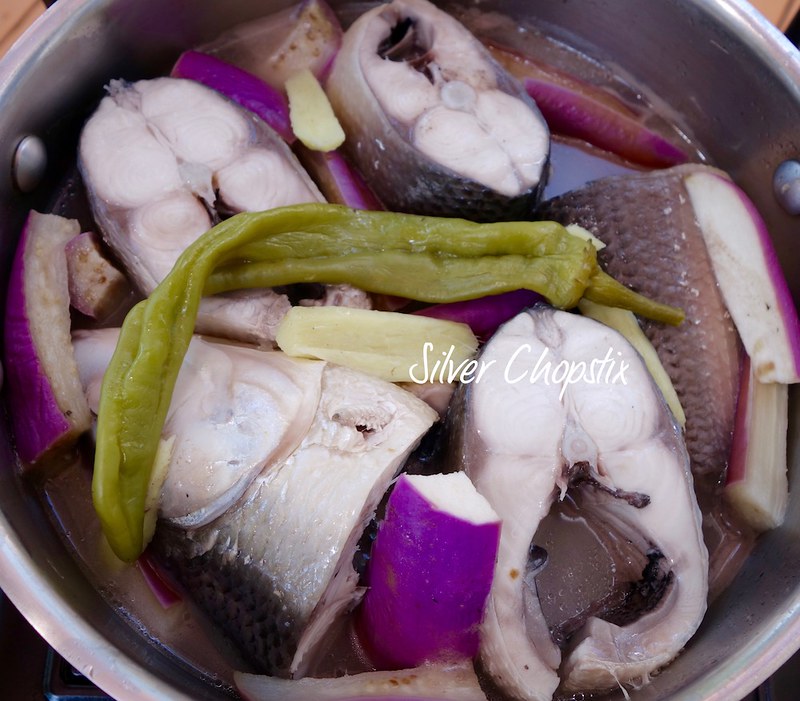 This is best served the following day to allow the flavors to mellow and meld. Serve with a bowl of steamed white rice and fish sauce on the side 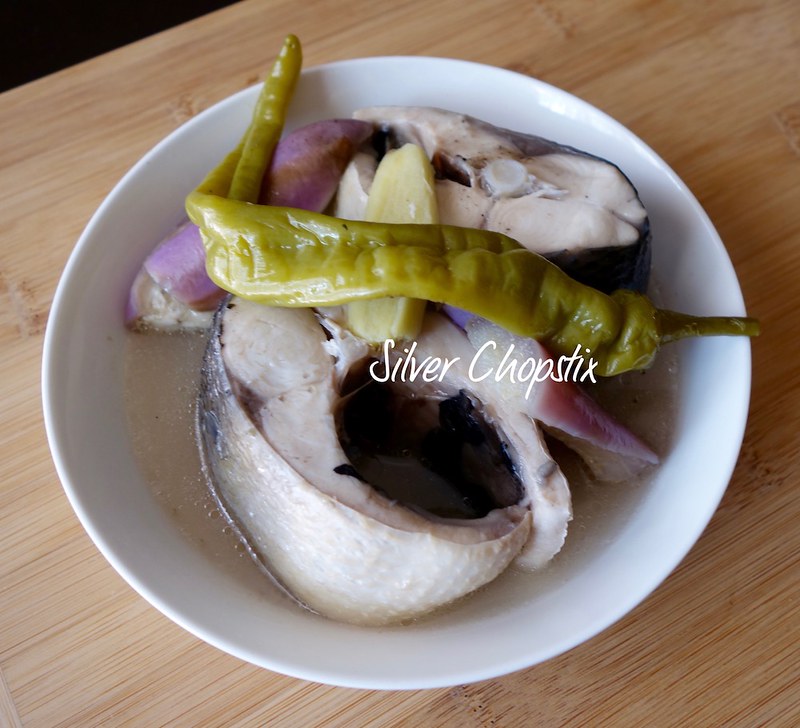