This is just one one of those meals that I hastily put together for lunch. Sometimes it’s easy to make a dish with a few simple but flavorful ingredients.

I got this Spinach Chive pasta from Trader Joe’s. I liked their lemon pepper pappardelle pasta which I was looking for initially but saw this instead. Since the pasta is already flavored, I thought it doesn’t really need a lot of things added to the sauce to make it taste good. 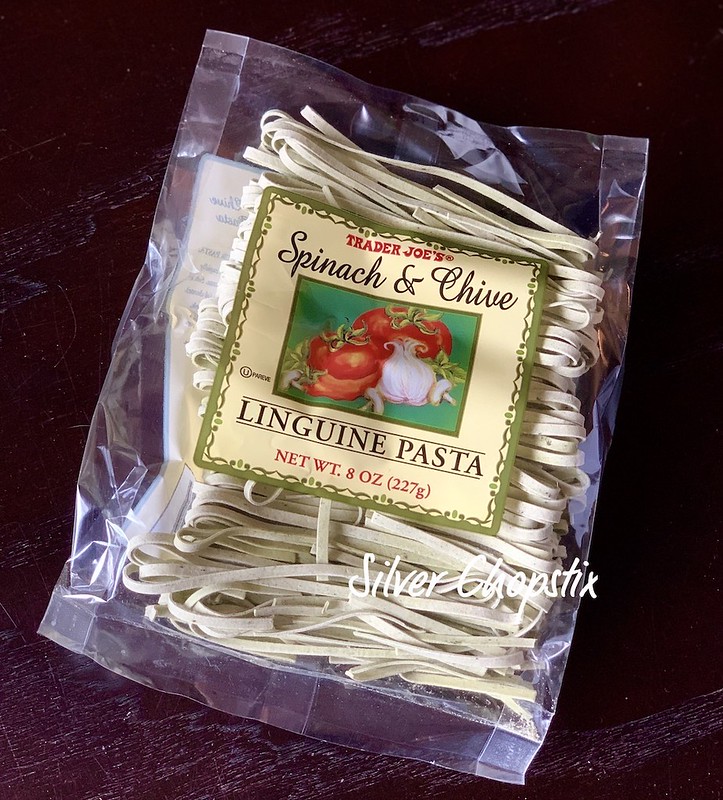 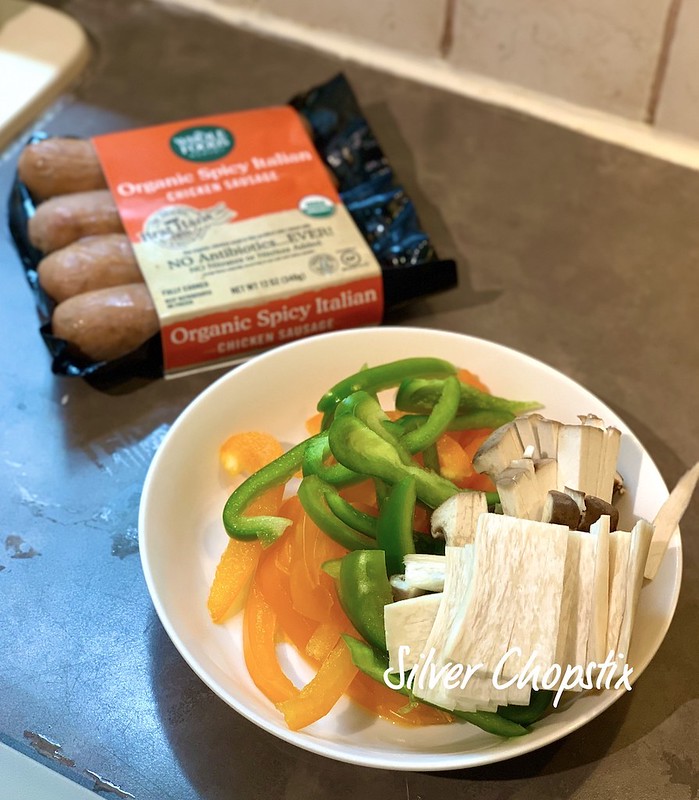 Cook the pasta according to package directions. Then set aside. Then get a skillet and saute some bell peppers in 2-3 tbsp olive oil ( I used half a green and half yellow) and a couple of king oyster mushrooms. You may use red or green bell peppers or any other vegetable you may have like zucchini or white mushrooms. Just cook until crisp tender. Remove from pan. Place a couple of chicken sausages (I used spicy Italian but you can use whatever type sausage you want) in the same pan that has been cut up and cook until done and brown on all sides. Put back your vegetables and stir. Then add your pasta, toss to combine. You may add some pasta water and a bit of olive oil to finish off the dish. Season with salt and pepper to taste.

I served this with some rustic whole wheat bread. 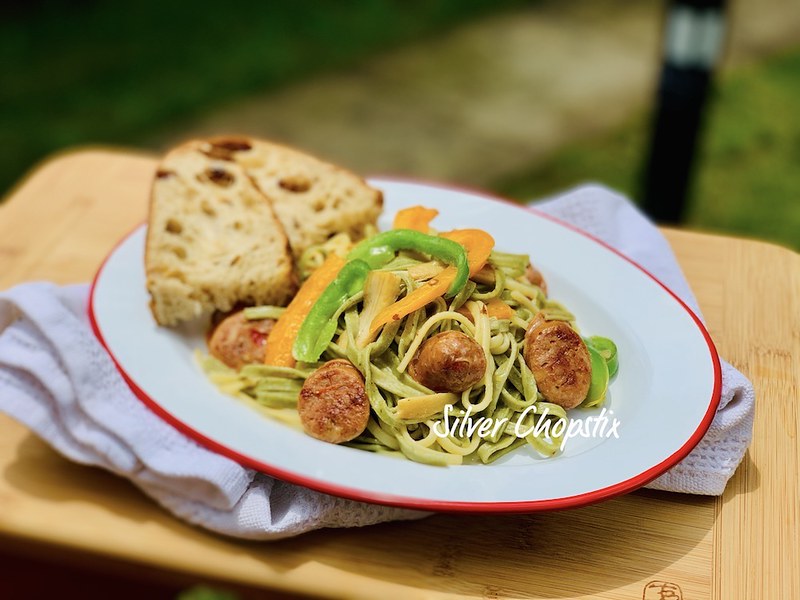 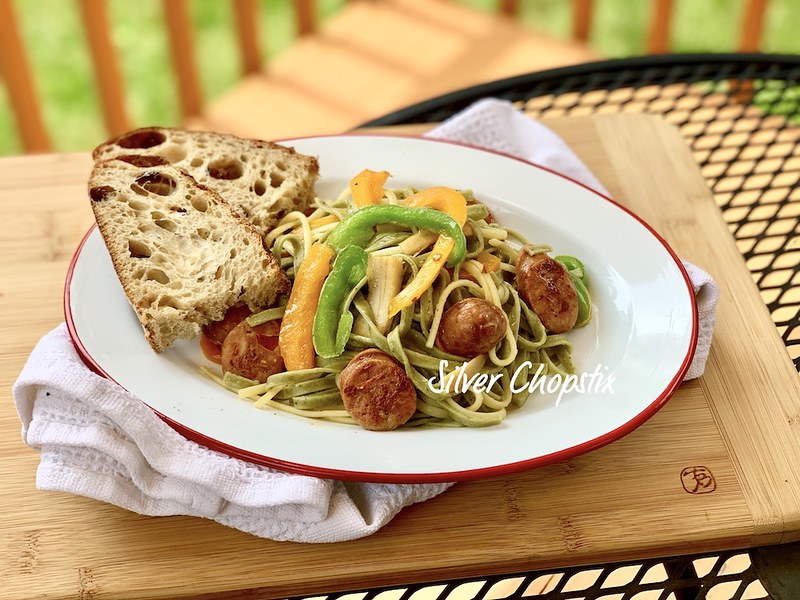