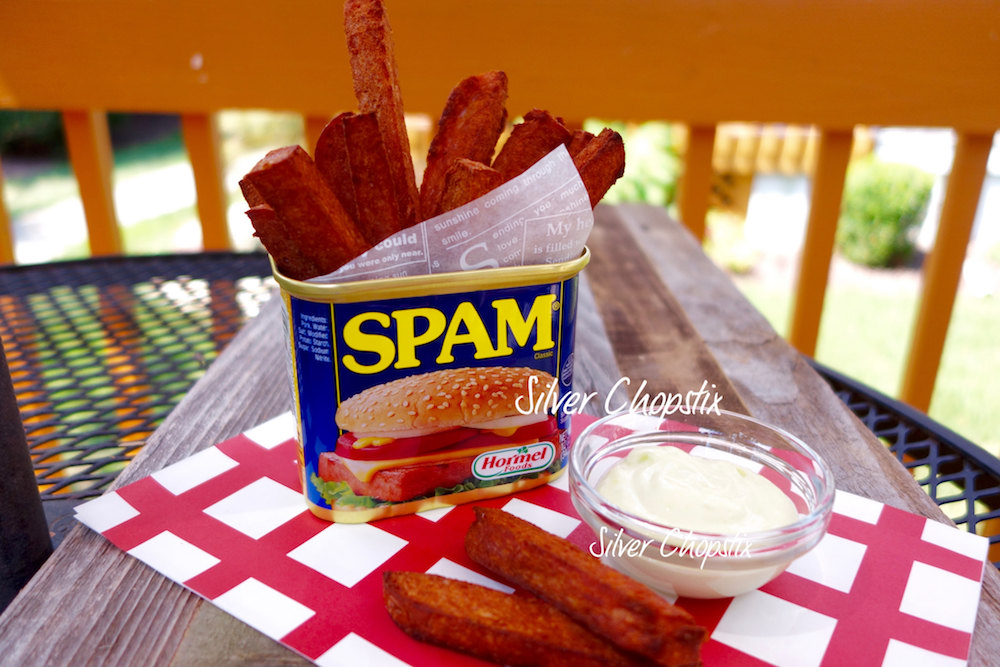 Spam is not a very popular food product here in North America. Many would actually turn up their nose on it. Mainly because it’s not really good for you due to the additives and it’s high sodium and fat content. Second, it’s often perceived as cheap food and is associated with financial hardship because of it’s relatively low cost. Though this perception changes depending on what region of the country you are in, Hawaii being the state where spam is extremely popular and where it is consumed the most in the whole of United States (source wikipedia).

This is not true in the Philippines and other Pacific Islands, in fact it is the opposite. Spam was introduced to the country during World War II. American soldiers brought this with them and for many it was a treat specially when you have suffered food shortage and rations. This quickly became part of the local diet and you can say part of the influence the US played in the region that time.

Spam has now become a breakfast staple not only in the Philippines but other parts of Asia as well. Filipinos, Koreans, Japanese and even Chinese commonly serve this fried with rice and eggs. But spam has evolved into something more than that in Asia, there are now spam musubi, spam burgers, spam kimbap, spam jjigae (stew) to name a few. This spam fries is one of the many creative ways they serve spam. I just recently discovered that it became a food trend last year as reported by Huffingtonpost.

When I saw this article, I felt I had to make it, as someone who grew up in a society and culture where spam is ubiquitous as adobo.

To make, get a can of spam, open and slice it into thick strips. Heat a non-stick pan with about 1-2 inches of oil. When the oil reaches the right temperature for deep frying add your spam sticks and fry for approximately 3 minutes. Do not crowd your pan. Fry until its brown and crisp on the outside and still a but juicy inside.

I served this with a dipping sauce of wasabi lime mayo. I just mix together 4 tbsp. mayonnaise, wasabi paste just enough to give it a kick and color and the juice of half a lime. 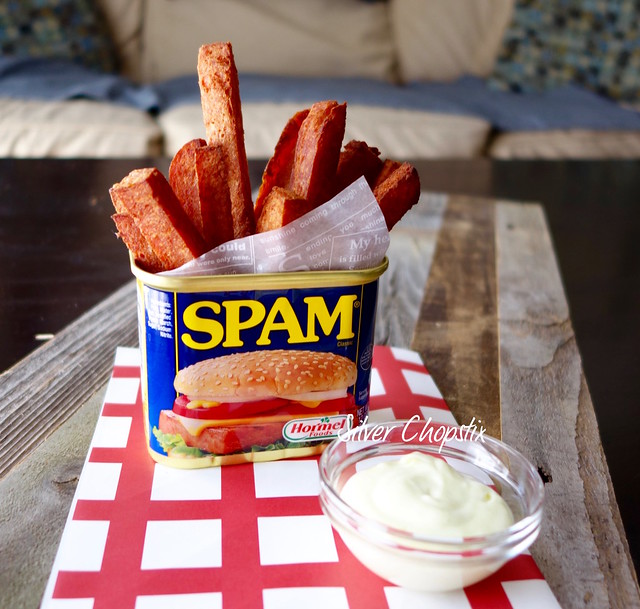 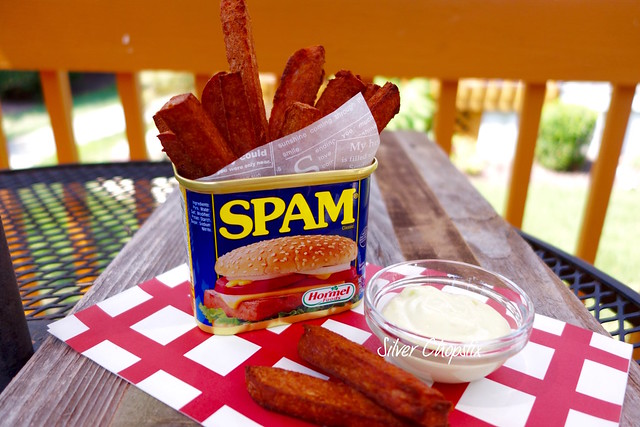 P.S. For those interested here is a very good article on the history of spam a.k.a as an American Meat Icon.