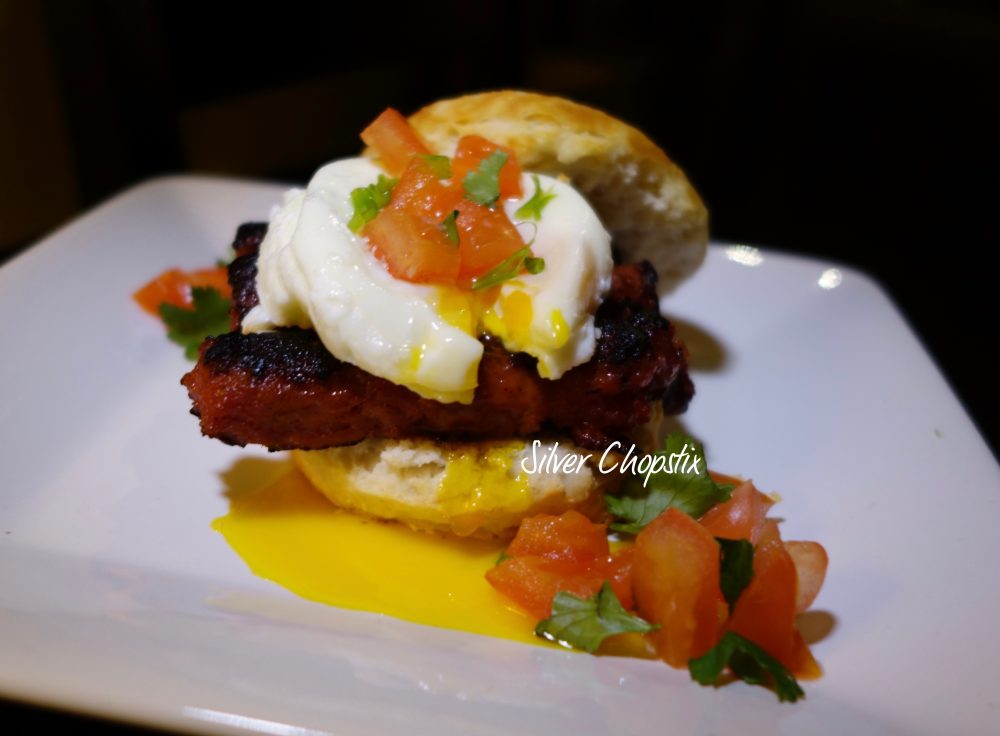 This came about as I was trying to think of creative ways to feature Filipino food. To make this breakfast fare, I used longganisa a type of Filipino sausage which I already featured here. Breakfast sandwiches always use sausage or ham as filling. Substituting longganisa just gave it an Asian twist. I initially planned to dress it with hollandaise sauce but opted not too since it might not suit the strong garlicky flavor of the longganisa. I just added some diced tomatoes and cilantro which I think compliments it well.

To make, split your biscuit in half. Lay a couple of skinless chicken longganisa (I use store bought ones) on it, then top with a poached egg. Sprinkle some diced tomatoes and cilantro and serve. 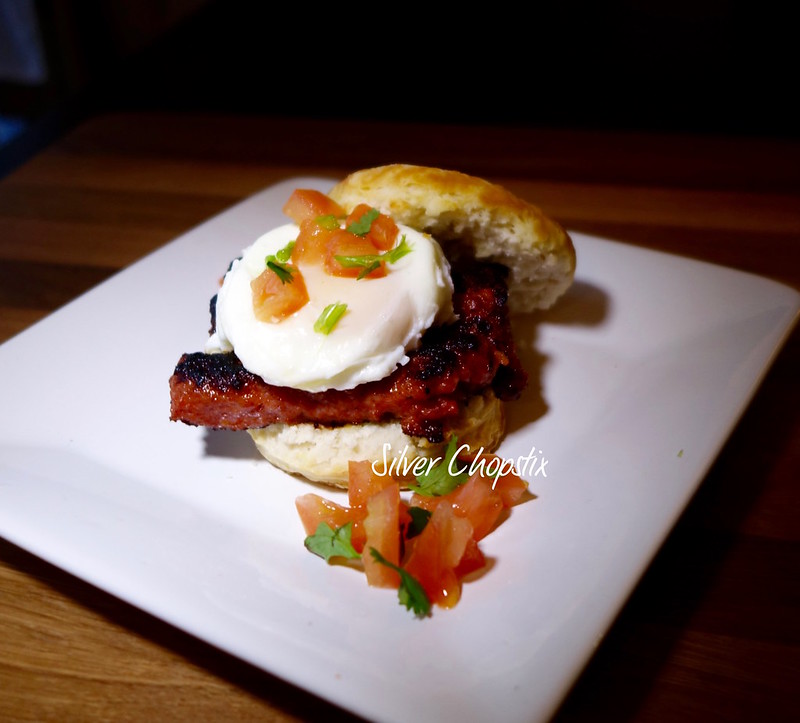 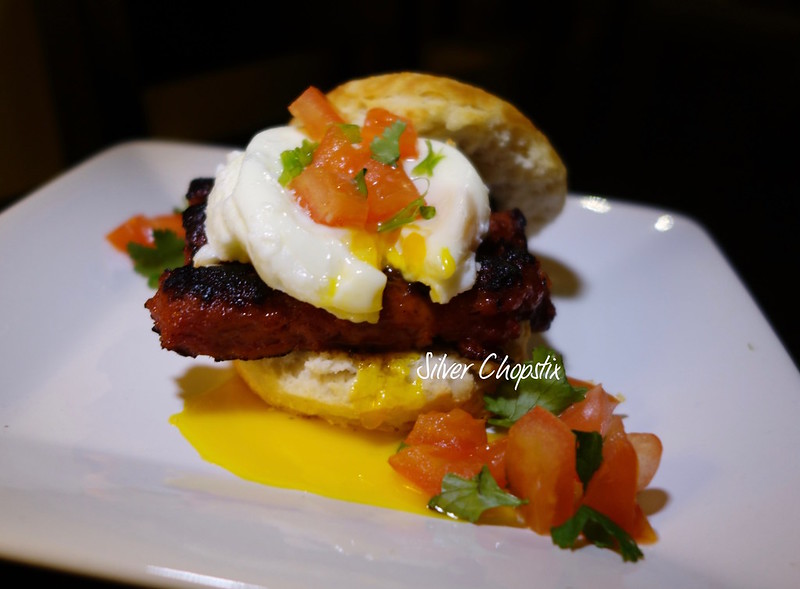 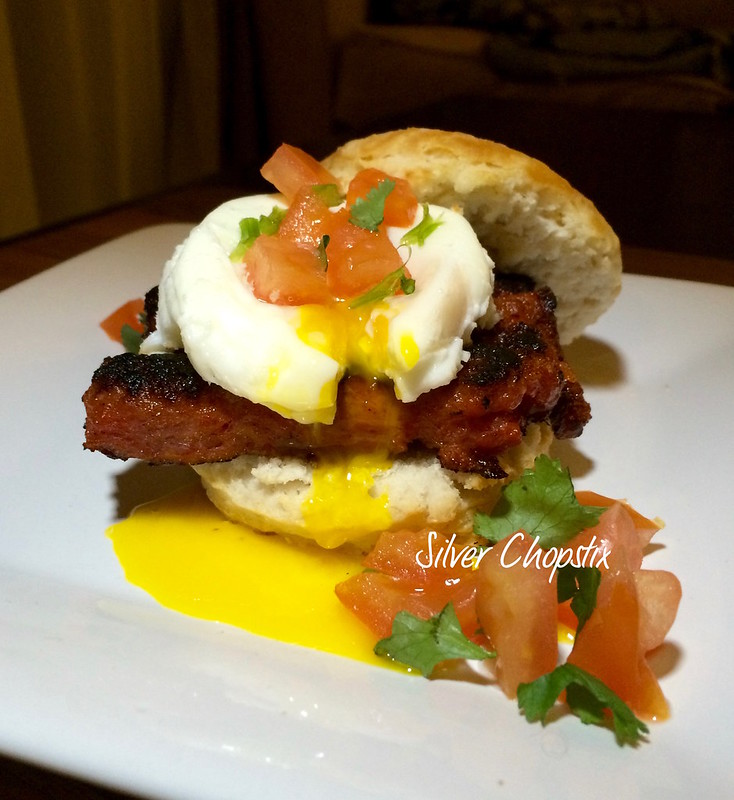