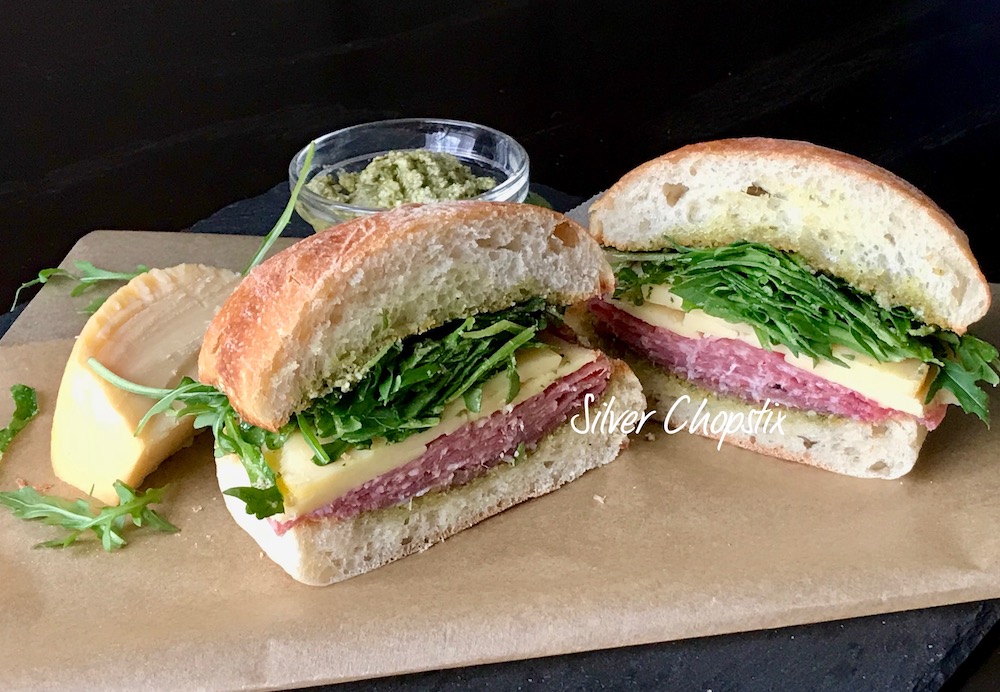 My kids love salami when they were in middle school. When I say salami I mean Genoa Salami. It’s a staple in their lunchbox. Sopresseta is also a kind of salami with a higher fat content and has a more rustic appearance compared to others. In a nutshell Sopressatas are salamis but not all Salamis are Sopressatas. 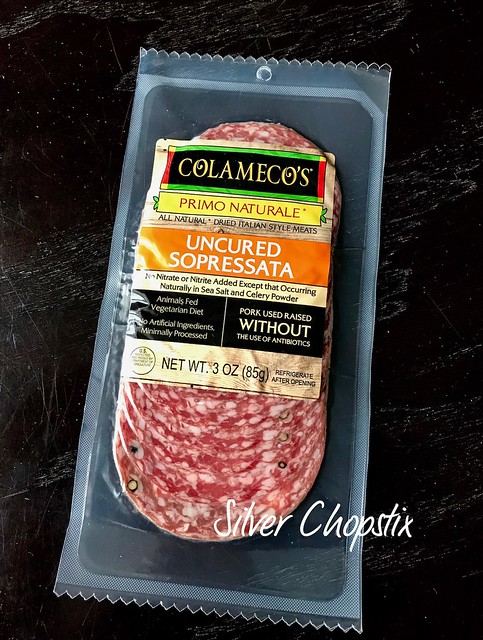 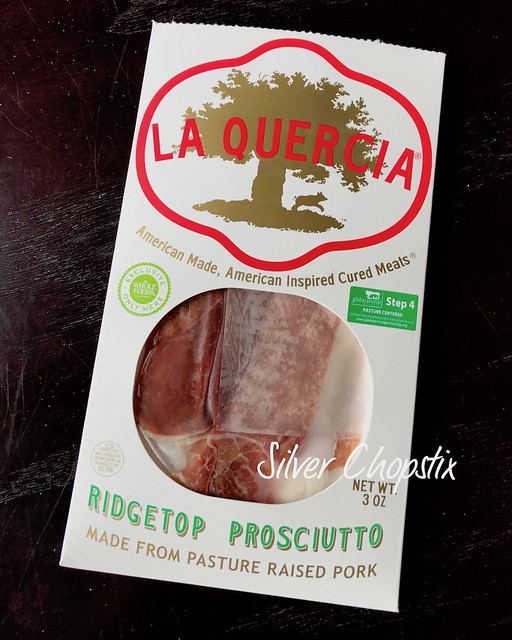 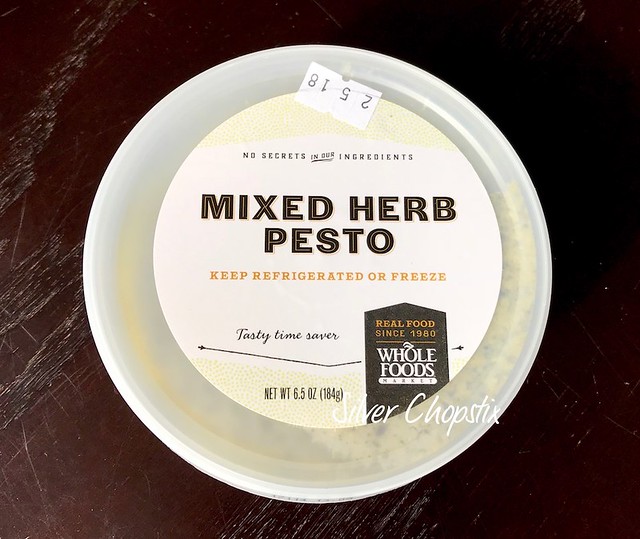 The key to making a good sandwich is choosing the right type of bread. For this I used Ciabatta roll which I cut in half. Then lightly toast it just to get it warm and give a bit of a crunch. Then I generously slather both half with some mixed herb pesto which I bought pre-made. On the bottom half layer several slices of prosciutto then more slices of sopressatas. To it add your choice of cheese, I just used some gouda that was leftover from New Year then a heaping handful of argula. Carefully top with your other half of the ciabatta roll and gently press sandwich together. Slice in half and serve. 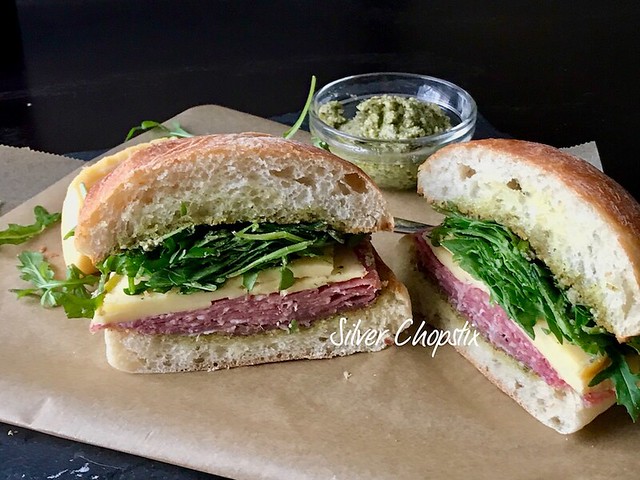 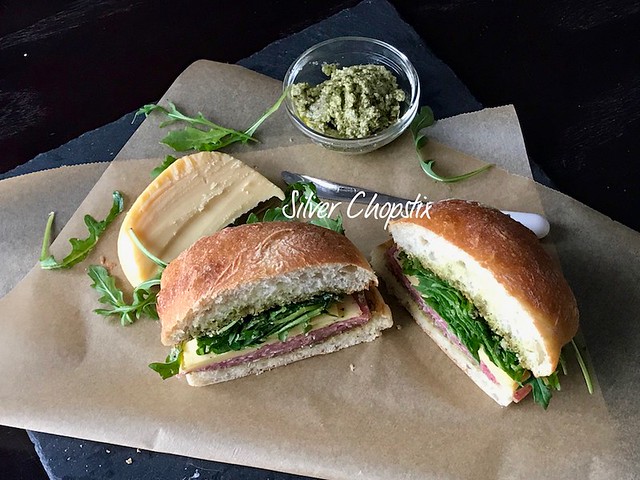 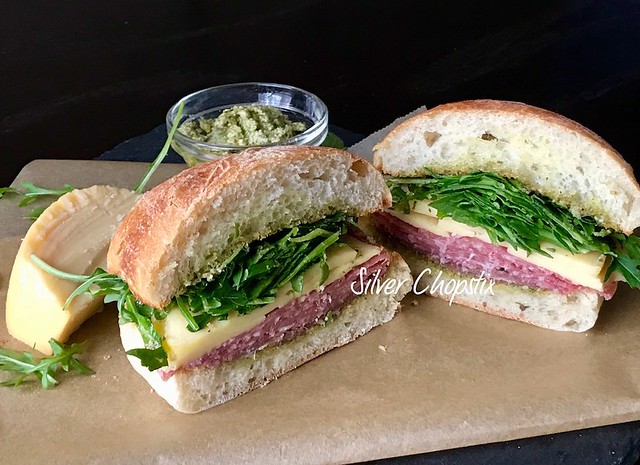